A survey of the Amish and sports

Here on the Euro side of the pond, the quadrennial European Football Championships are scrapping along nicely, with the continent in a frenzy for the sport that we Yanks most readily connect with Pele, Maradona and now the flamboyant Mr. David Beckham.

Back home, looks like the NBA has been having a nice series.  I’m sure some Amish have had a glance in the paper to check the scores–but probably not nearly as many as would have, say had the Cavs or Sixers been involved. 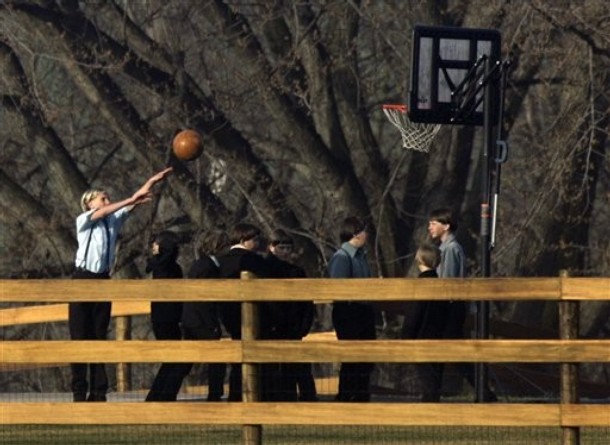 Spectator sports can be a somewhat controversial topic in Amish America.  Some Amish participate in sports, both as observers and participants. Others furrow their brows at the whole idea.  Many see sports as a juvenile activity, with the idea of adults being involved an unbecoming prospect.

A sport which I was introduced to while in Lancaster County is one that I previously identified with the British–croquet.  This summer I’ll be back in Lancaster for two months, and looking forward to swinging the mallet with some of my younger Amish buddies.

Sports seem to have some regional variation, with the Lancaster Amish big fans of this front-lawn pasttime.  Softball is big in many Amish areas, as are ‘net’ sports like badminton and volleyball.

I’ve never seen an Amish kid kick a soccer ball.  I do recall seeing the most basketball hoops in communities in Indiana, though this is far from a scientific evaluation of sports among the Amish.  That would be an interesting one to see.

This isn’t the first time we’ve examined the topic of sports and the Amish.  Here’s a quick roundup of previous posts: