Amishman walks away from high-speed collision; “Had an angel riding with him”

This accident took place last night in the area of Junction City, Ohio (Perry County), where there is just a small Amish settlement of maybe a dozen households. In the Scioto Post report the accident site was described by firefighters as “250 feet worth of a debris field”. Here’s a look at part of that debris field: 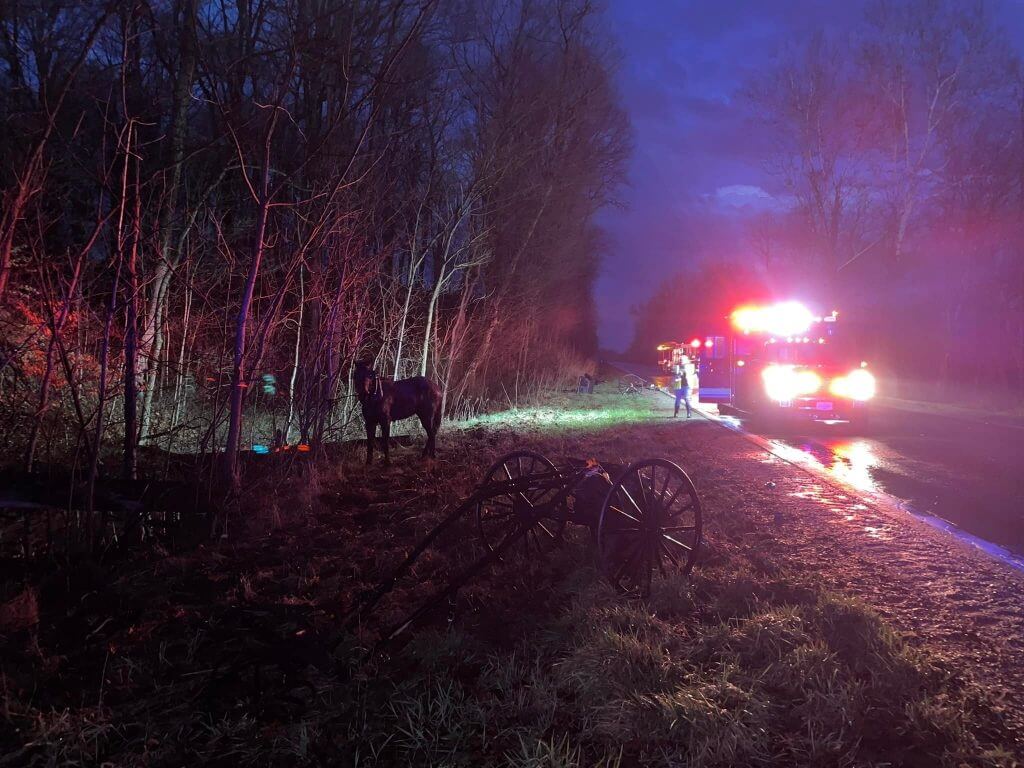 And the vehicle with severe damage: 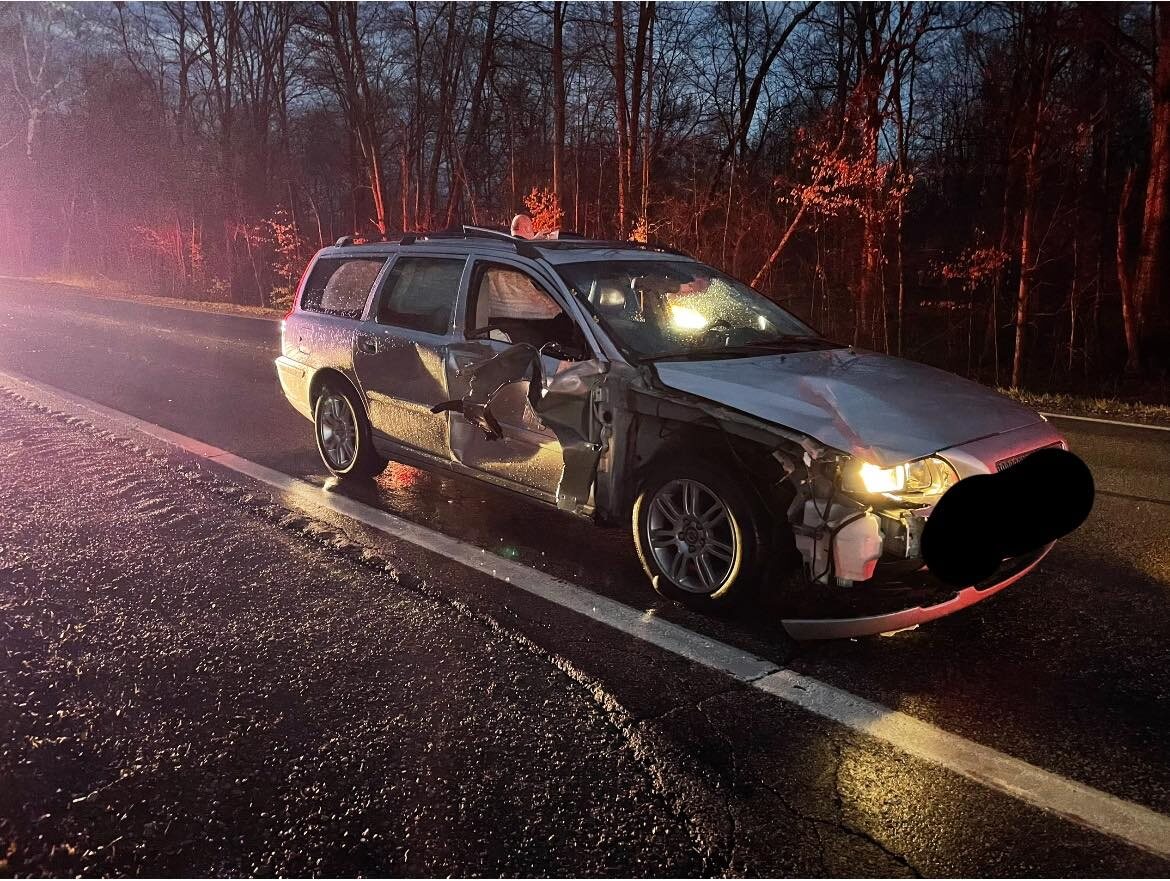 Fortunately, the single occupant of the buggy had only minor injuries and the horse was not injured in the crash. The roadway in the area was closed for an extended amount of time due to the significant amount of debris.

“Please be vigilant in your travels. As seen in the pictures, Amish buggies are not matched to a vehicle traveling at excessive speeds. This young man was extremely lucky and had an angel riding with him,” said the fire department.

It can be puzzling how in some cases Amish buggy riders are severely injured while in others they can survive relatively unscathed.  This story brought to mind one accident which occurred several years ago on Prince Edward Island (Canada). After seeing the photo I described the buggy as “annihilated”; you can be the judge as to whether that was an appropriate word choice: 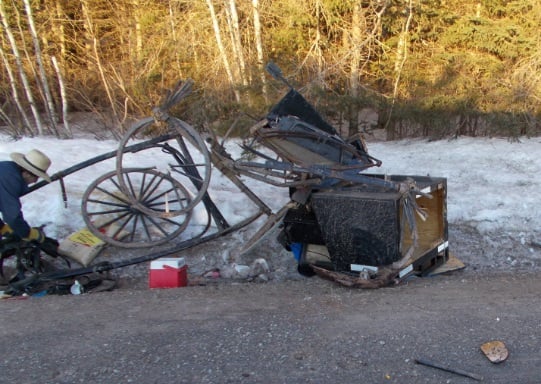 The Amishman in this case also walked away from his buggy, and was described only as “shaken, but not injured”. Some buggy crash survivors truly do seem to have angels on board.

Leave a reply to Amishman walks away from high-speed collision; “Had an angel riding with him”