Riehl is not the most common of Amish names. You’re most likely to come across it in Lancaster County, and that community’s daughter settlements, but even then it is far outnumbered by all the Stoltzfuses, Fishers, and Zooks. 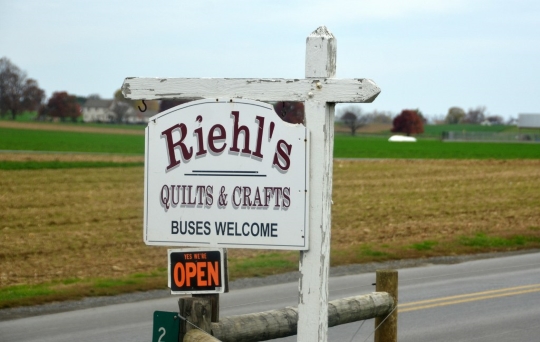 The Riehl surname is noteworthy for having one of the more famous “Amish origin” stories of any the Amish carry today. This excerpt giving the story is from Amish Roots: A Treasury of History, Wisdom, and Lore, a short piece by David Luthy called “Lewis Riehl Seized at Age Eight”:

Most of the Amish immigrants were poor. A few apparently brought with them tools and property. They bought land soon after their arrival. Lewis Riehl, a lad of eight, was brought to the New World against his wishes. The story, which has been told for generations, can be traced to Elias B. Riehl (1818-1901), his grandson.

Lewis Riehl was born somewhere in Europe in the year 1746 and died in Mifflin County, Pa., May 5, 1806, aged 60 years. When about eight years old, he was stolen from his mother, brought to this country and bound to a certain man until of age. A man by the name of Kurtz persuaded him to get on board a vessel about to sail to America and when once on board, the boy in vain implored to go on on shore but the vessel moved off and he was forced to remain on board and come to America.

It is commonly held that Lewis had a very rough life at the hands of the man he was bound to. This practice of being bound to a person was known as indentured service. It was taken advantage of by many early American immigrants. The person they were bound to paid their passage to America. Lewis had no bed and often slept with the pigs to keep warm in winter. The place where he served his indenture was in Chester County, Pennsylvania. It is not known if he lived near the Amish at Malvern in the same county. But it is said that after his term of service was over he found his first welcome home in America with the family of Christian Zook, an Amish minister in Chester County.

Lewis Riehl joined the Amish church and married an Amish girl, Veronica Fisher, daughter of Christian Fisher. It is not known for sure how many children they had, but there were at least severn, five boys and two girls. Lewis and his family moved to Mifflin County, where he died in 1806 and his wife in 1825. Some of Lewis’s descendants migrated to Lancaster County where the “Riehl” name today is most commonly found among the Amish. 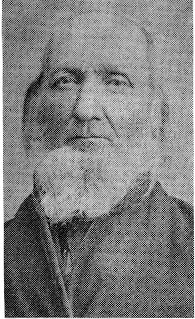 Interestingly, another source posits that Lewis – called Ludwig in most places – married into an Amish community, but somehow, and this is unclear, did not become Amish himself. One piece of evidence cited is documentation suggesting he enlisted in the Lancaster County Militia during the Revolutionary War.

The 320-page Descendants of Ludwig Riehl and Veronica Fisher gives more background on the Riehl name and story, as well as an extensive listing of Riehl’s descendants as of 2014. Kevin Riehle, one of the authors of that work, addresses the veracity of the most memorable aspect of Riehl’s story:

I do not have any documentation for the kidnapping story. It has taken on almost legend status among Riehls; I wish I could find some record of indenture or something to confirm it. One thing that does seem probably accurate is that he lived in a German port city rather than in Baden or anywhere else in the south.

That of course does not mean that the transatlantic kidnapping did not happen; oral history can preserve what written records do not. As far as further written accounts, author Sarah M. Weaver wrote a dramatized version of Riehl’s story in a book called My Ocean is Wide.

This abduction tale is one of the more memorable and dramatic origin accounts of any Amish bloodline. It’s hard to imagine the emotions that the eight-year-old boy must have experienced as the shoreline of his homeland grew more and more distant and it began to sink in that he wouldn’t be going home anytime soon.

Next time you meet an Amish Riehl, ask them what they can tell you about their famous ancestor.