The Amish and Deer Farming

The Coshocton Tribune and Indianapolis Star recently published a series of stories on the deer farming industries in Ohio and Indiana. Amish people figure prominently in a number of the articles. The first is about an Amish craftsman putting deer antlers to a creative use.

Some have wondered what Amish deer farmers do with the animals they raise. The answer: a variety of things.  More on that below, but some breeders in Ohio are likely supplying Abe Miller, a Coshocton County Amishman who makes pens and other items from deer antlers. 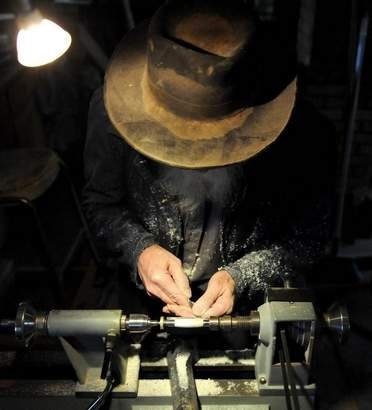 In his Baltic-area workshop, Miller produces not only deer antler and wood pens but a number of other items including earrings, dishes, and bowls.  His pen output ranges from 400 to 700 per year, which are sold direct to the public by Miller and in various venues including craft shows and shops.

Miller taps a variety of sources to craft his writing implements, according to the Coshocton Tribune story:

Different types of wood and antler give distinct color and texture to the ballpoint pens. He uses native woods such as oak, but dabbles in exotic hardwoods such as buckeye burl — a favorite of guitar makers for its stylish coloring. It looks like marble or granite.

Looking at the photo gallery accompanying the article, you see prices in the $15-20 range for hickory wood pens.  Surely the more exotic woods would be more expensive, as would fancier designs.  A laser shop does pen personalization for Miller. 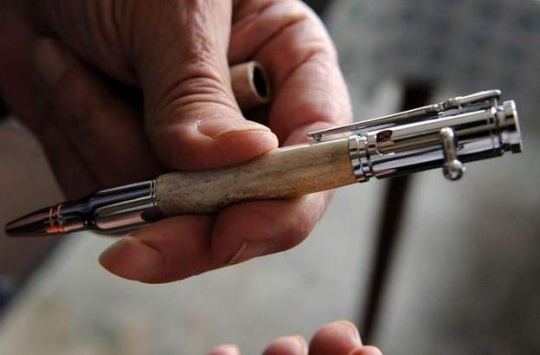 Abe Miller is the first Amish pen maker I have heard of.  Among the many furniture shops and variety stores you’ll find specialty niche businesses among the Amish, such as this watch & clock restorer in New York, or this beekeeper in Missouri, or this fur buyer in Indiana.

Along those lines, we’ve got a feature upcoming on an Indiana Amish exotic leather craftsman.  If you’ve ever come across an Amish-run business that struck you as unusual or unexpected, let us know in the comments below. 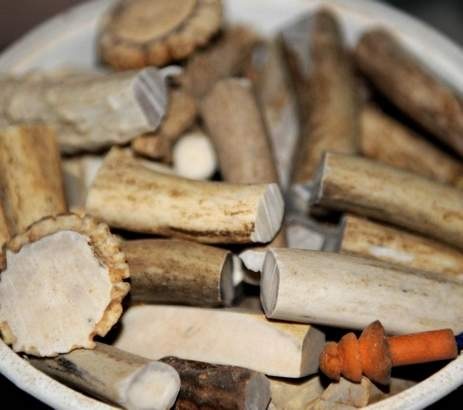 Interestingly, Abe Miller, who used to have his own deer farm, also played a significant role in developing the deer farming industry in the 1970s and 80s.

Miller appears in other articles by the Tribune and the Star, as does an Amish deer breeder (and a possibly-Amish-owned hunting ranch).  From one article:

Deer farming was practically unheard of decades ago, and people may be surprised it was an Amish farmer, Abe Miller, in Baltic who helped get it started.

He bought two deer in 1974 and the first deer he sold went for $75. To him, it was a hobby, but the demand for the deer began to skyrocket, especially after the birth of a deer named Patrick that sold for $7,500 because of its nontypical rack. 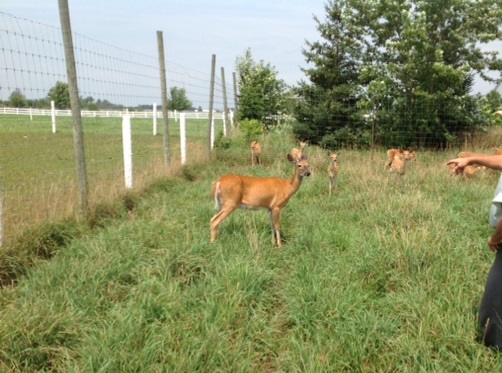 At an Amish-owned deer farm in Indiana

“At that time, most were more like myself,” he said. “They were people that loved deer and just wanted to have a few deer around.”

But they also took pride in breeding deer with big antlers.

Miller eventually bred Buster with a doe named Nanny. In 1983, Nanny had a single buck fawn that would turn Miller’s hobby — and that of others like him — into an industry that now finds itself at odds with the same wildlife agencies that permitted the breeding operations.

The deer’s name was Patrick. And his antlers grew at a shocking rate.

He sprouted 12 full points as a yearling, a time when most bucks’ antlers are little taller than their ears. A couple of years later, he sprouted nontypical points, which are regarded as rare and desirable by trophy hunters because the tines jut out at odd angles.

Tales of Patrick’s incredible rack spread to Texas, where there was a growing demand for big-bodied Midwestern bucks to breed with the slender whitetails that lived amid the mesquite trees and cacti.

“Word got around,” Miller said. “And we got a nice price for him.”

Miller received $7,500 for Patrick in 1987, when he was shipped to Texas. But Miller kept some of Patrick’s fawns.

“People would come from all over the country to buy stock from Patrick,” Miller said. “Anything they could buy, you know.”

By the 1990s prices for big breeder deer started skyrocketing. The hobby was now a full-blown industry.

Though Miller is no longer involved in deer farming, there are now around 500 such farms in the state of Ohio. As we learn in the article and accompanying video, critics of deer farming question the ethics of hunting farm-raised deer in preserves, and warn of the threat of disease spreading from captivity to the wild. 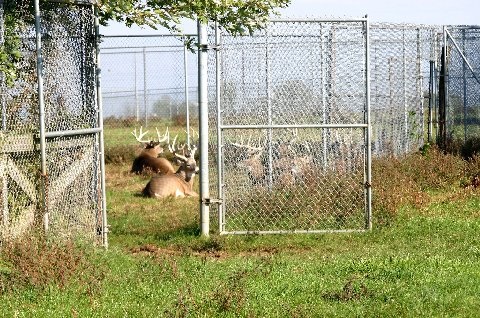 An Amish deer farm in Lancaster County.  Photo by Ed

The rest of the article is well worth reading if you’ve ever wondered about this industry which counts a number of Amish participants (which you may have seen, especially if you’ve traveled around the larger communities). 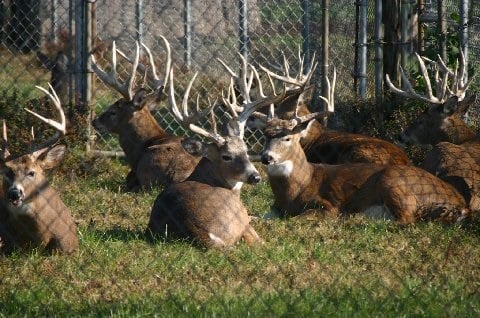 Raising deer is just another way some Amish make ends meet, as occupations have diversified away from dairy.  With the prices involved for both the deer and their by-products, some are no doubt doing well at it.