An Amish bishop in Dauphin County, Pennsylvania is in the news for failing to report sexual abuse of two children in his church by another church member.

An Amish bishop in Dauphin County is facing charges after being accused of failing to report two cases of alleged sexual abuse of children.

Christ M. Stoltzfus, 69, is charged with two misdemeanor counts of failure to report, according to court documents.

A church member told Stoltzfus, of Elizabethville, about two cases both involving Daniel Ray Fisher, 44, that occurred in 2011. Stoltzfus reportedly told state police that he’d been told the abuse “wasn’t really that bad.”

Fisher allegedly touched two girls, ages 5 and 10, inappropriately, according to Fox43. He faces five felony and two misdemeanor charges including aggravated indecent assault of a child and unlawful contact with a minor – sexual offenses.

Stoltzfus is being charged because as the article notes, “clergymen are legally required to report suspected child abuse.”

As reported by Fox43.com, Stoltzfus admitted that not reporting abuse was “probably” a problem:

Troopers asked Stoltzfus if he thought it was a problem that sexual abuse was not being reported to law enforcement. Stoltzfuse responded “It probably is,” court records state. When state police pressed Stoltzfus that because he didn’t report the cases, it appeared as if the sexual abuse was being covered up. Stoltzfus replied, “Well that’s what happened in that case…I didn’t know everything,” according to the criminal complaint.

This is one area where Amish have come in for criticism in the past. Matters such as domestic violence or child abuse which are crimes in the eyes of the law have been handled via church discipline and not handed over to state authorities.

Jim Cates, a clinical psychologist with a long history of work with the Amish, addresses the topic of reporting child abuse in commendable depth in Serving the Amish: A Cultural Guide for Professionals. Cates lays out several reasons why child abuse cases can go unreported in Amish communities, including:

Cates elaborates on the implications of disclosing abuse:

Almost all Amish people describe a similar culture of silence surrounding the topic of sexual abuse, an important consideration in any intervention. There is universal agreement that it is unacceptable. In parallel however, few acknowledge this abuse because of the ramifications. In some cases, a disclosure projects blame onto the victim, particularly if external authorities are involved. In other cases, the community gradually evolves the “problem” into the decision to report rather than the abuse itself. These potential outcomes pressure the victim (and the victim’s family) into silence due to feelings of guilt and responsibility.

Silence isn’t the blanket response in all Amish communities of course, as Cates describes in a section titled “Breaking Ranks: Reporting Abuse.” There can be one of several responses:

In some areas church leaders will not initiate a report to social services agencies or law enforcement, but neither will they censor such reporting by others. Some bishops express a belief that cases of abuse should routinely be reported to the law and that Amish offenders should not receive preferential treatment. Other bishops believe situations should be handled within the community without the involvement of state authorities.

But as he observes, “A system that relies on the public community to report–and by community I refer to physicians, schools, churches, concerned relatives, non-custodial parents, neighbors–is simply ineffective for them.” And following from this, “anecdotal evidence suggests that child abuse is underreported.” 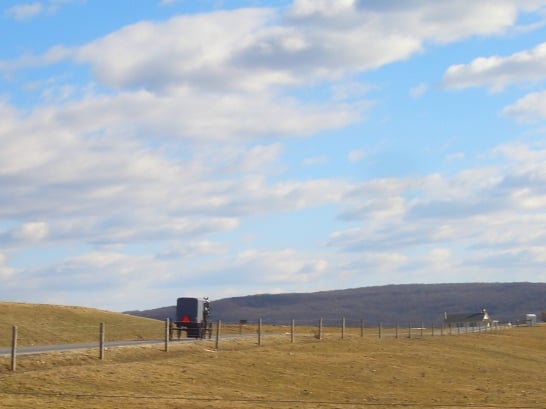 Why is this system ineffective? As Cates explains, “We ask the Amish to violate a number of tenets of their faith by reporting child abuse.”

These include trusting in “the world,” looking to the state for help rather than within, and to violate the sanctity of confession “by prolonging the consequences of a sin that both the perpetrator and (often) the victim believe is now washed clean with the blood of Jesus.”

This of course, is not to justify not reporting abuse – only to note some of the reasons why it may go unreported among Amish.

Cates’ discussion of this difficult topic–which is intertwined with the fundamental concept of forgiveness that outsiders so often admire–is worth reading in full.