I’m not loving sharing all these bad happenings on the roads with you. But after posting the sad case of a drunk driver who killed a young Amish father in Wisconsin last week, I surely can’t overlook this latest story. 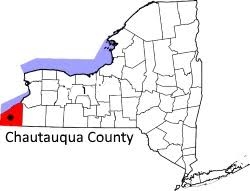 An 18-year-old Amish male was charged for “recklessly operating a buggy while drunk.” I don’t think that’s the exact name for the criminal charge, but that’s how the article describes it. Here’s what happened, via WKBW:

Authorities say Adam Byler of Panama went through a stop sign at the corner of Goshen Road and Rock Hill Road in the town of Harmony at a high rate of speed, resulting in the buggy to tip over, early Sunday morning.

The crash resulted in people being ejected onto the road, including a person under the age of 17, which injured the horse.

Byler was taken into custody and was released on an appearance ticket.

I assume the “driving/torturing an animal” charge results from whatever happened to the horse in this incident. The “endangering the welfare of a child” likely refers to the person under age 17 who was also in the buggy, probably a younger friend or sibling.

Accidents aren’t always the fault of the English. In our area, (central Illinois) we and many others we know have had near misses; and they haven’t been as a result of our poor driving.

That is worth remembering. Car-buggy accidents may more often be caused by motor vehicle drivers, but it is certainly a two-way street. Adam Byler is fortunate the consequences here were not more serious. Drunk driving is entirely preventable.

This happened in Chautauqua County, New York. Byler is just a few years younger than Elmer Stoltzfus, the 22-year-old-father who was killed last week.