This is an interesting online Amish business guide for several reasons (via the Salamanca Press). First, it is very nicely done in an online “booklet” format. It features about two dozen businesses, of which around 20 appear to be Amish-owned. 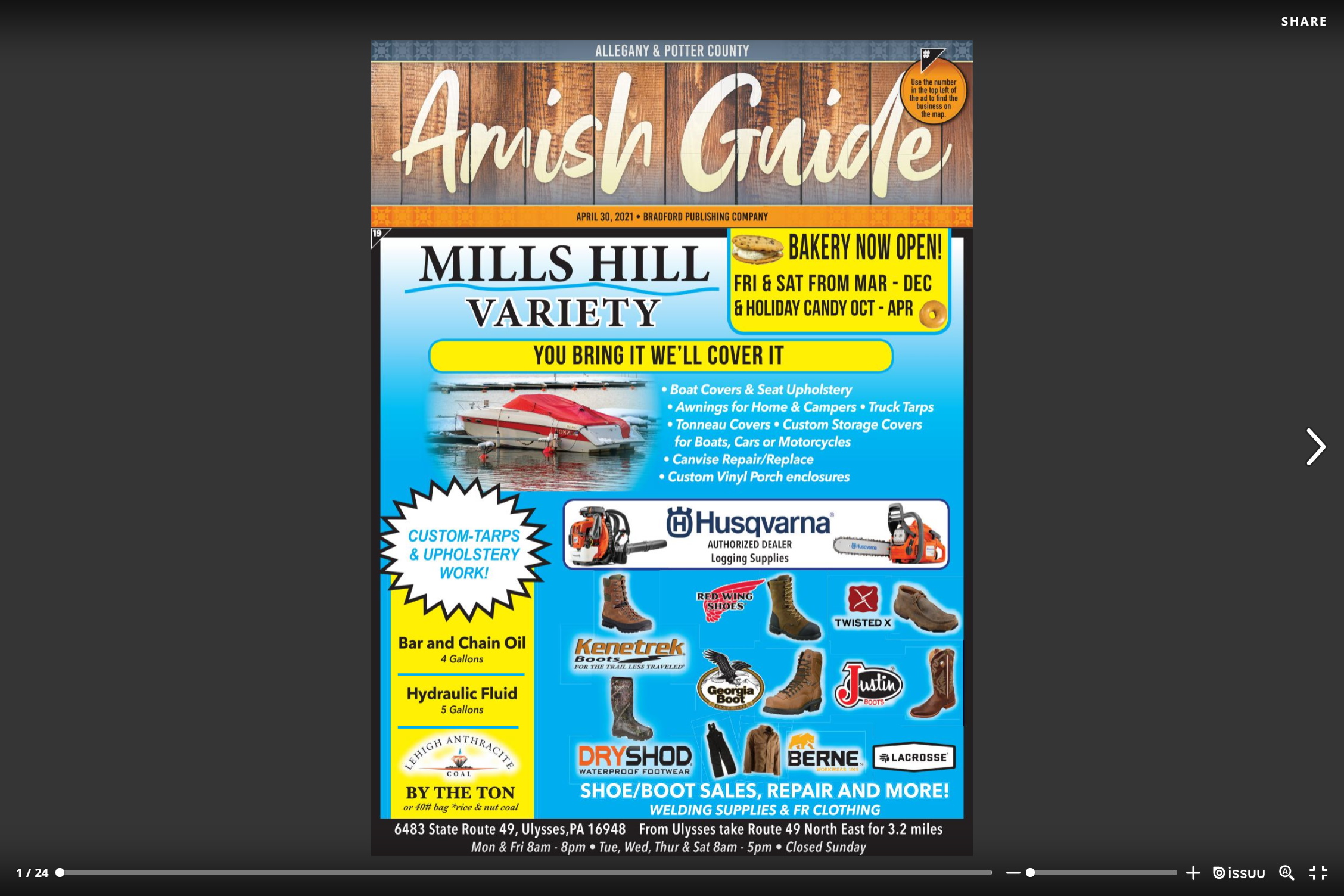 In addition to the ads, there are photos, info on the Amish and even some writings from Amish residents of the area. 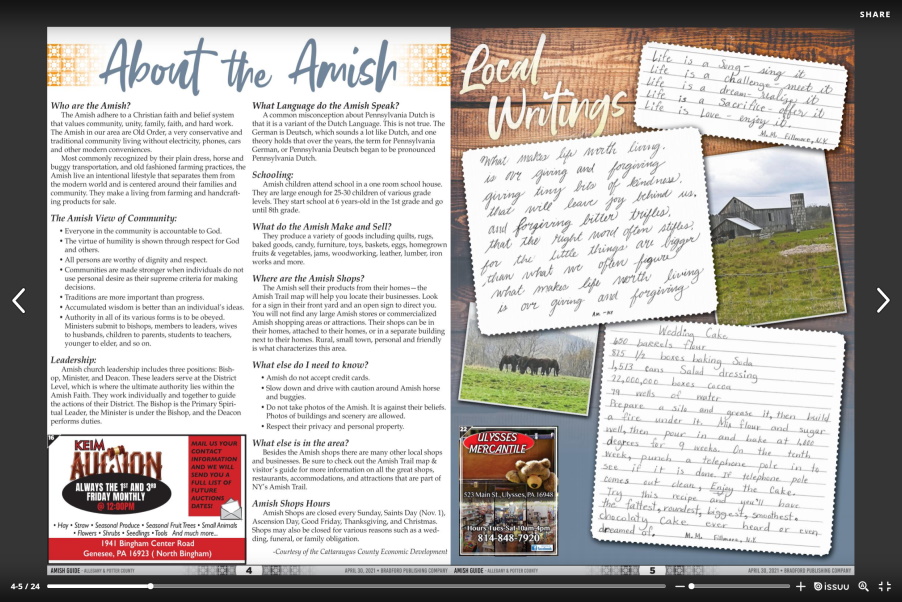 Another noteworthy thing is that it features communities in more than one state, both New York and Pennsylvania. Looking at the business ads, these are communities with addresses around Ulysses and Genesee, PA (Potter County) and from the neighboring county across the border in New York, Allegany (including the towns of Wellsville, Whitesville, and Fillmore, NY).

According to the Amish settlement listing there is a three-district community around Ulysses, PA, and several settlements in Allegany County, including at Wellsville and another at Fillmore.

So it appears that this was a publication targeted at promoting the region’s Amish population’s businesses, spread across at least three communities. I don’t know if these communities are related to one another, but they may be. Somewhat confusingly, some informational text in the guide makes reference to “NY’s Amish Trail“, which is the branding associated with another nearby region (Cattaraugus County area).

Some of the photos included show scenes with homes resembling those of the Swartzentruber Amish. Other photos are clearly not from that group, as the buggies carry the orange SMV triangle. So I am curious as to who these Amish communities are, and if they aren’t from a variety of backgrounds. 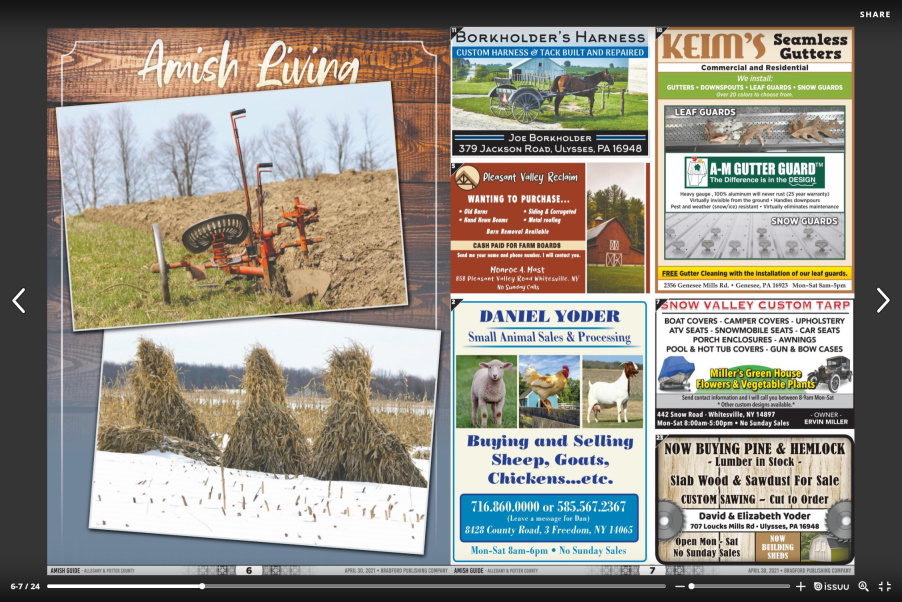 The businesses themselves are of interest as well. Among them we’ve got:

This is a nice array of Amish businesses representing a good range of businesses common to the Amish. I notice there aren’t any furniture makers among the listings, or construction companies, however, which are two major Amish industries absent from this guide (though likely, not absent from the communities in question).

This publication joins another New York Amish business map (Livingston County), with about three dozen Amish businesses listed. And now I’ve just realized I’ve never done a post on the Amish Trail guide, which has close to 200 Amish businesses, so stay tuned for that.