We got a lot of interesting guesses on the Allen County mystery shack.  Everything from a portable toilet to a shepherd shelter to an Amish buggy camper.

Now, I will preface this by saying that being Sunday, I did not have a chance to confirm.  But I’m pretty sure this: 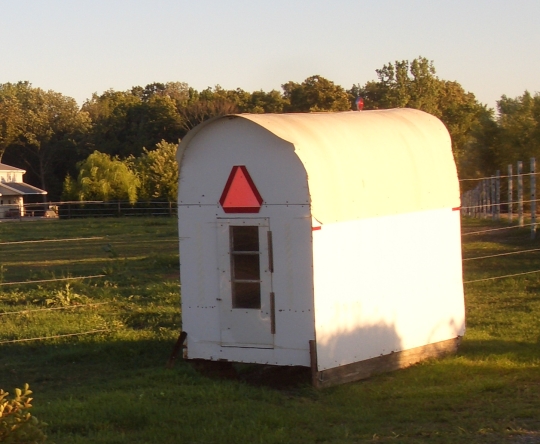 has to do with this: 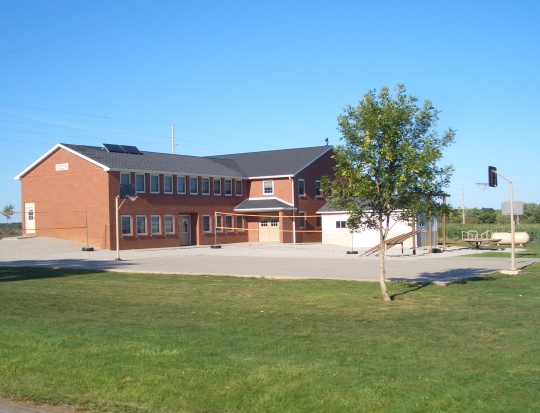 That’s an Amish school in Allen County.  Bigger than you’d expect.  Amish schools in Allen County are unusual.  These schools are Amish-run, but are in a sense “consolidated”.  There are only a few of them, and they are built large–often two stories like the one above.

You can read the interesting history of how that came to be in Plain Diversity, a book on Indiana Amish by Steven Nolt and Thomas Meyers.   Nolt and Meyers tell us that local school districts long provided bussing of Amish children to Amish parochial schools (having done the same for Lutheran and Catholic schools in the Fort Wayne area).

Bussing has allowed Amish to build fewer but larger schools (some having over 100 students).  So I believe my “road-ready chicken coop” is actually a little hut where kids wait for the bus in inclement weather.  Here’s a wider view of the same photo: 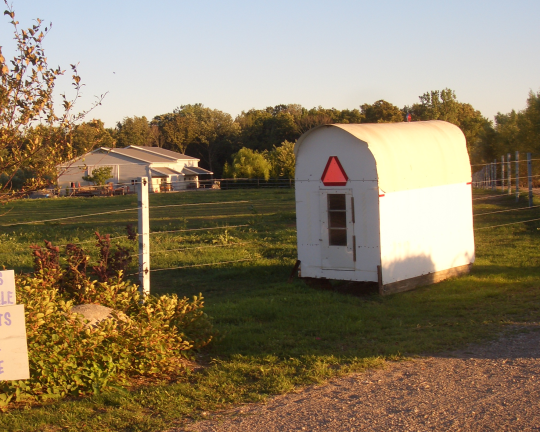 You can see it is by the road right at the end of the lane.  Assuming I’m right, I don’t think this is common, though I did see at least one other structure in the community that could serve the same purpose.

I’m not sure it didn’t have a different function in another life.  The roof is interesting.  I assume the SMV triangle was either decoration or may actually give the bus driver an indication where to stop, say in a heavy snowstorm.

So, I’m pretty sure that’s what this is, though I may be totally off here.  Hey, if it turns out to be an ice-fishing hut someone happened to leave by the side of the road, that would be pretty cool too.