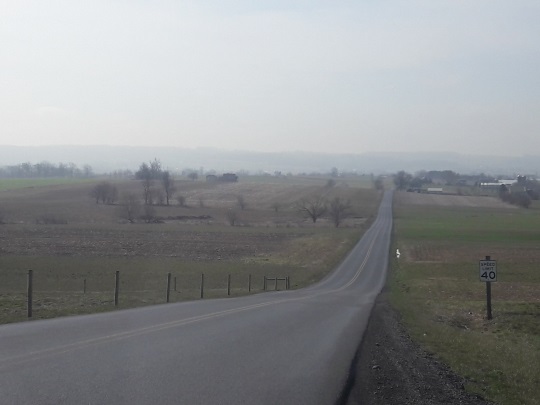 Just some photos today from my (ongoing) visit to Lancaster County, PA. We had a gray day or two but the sun poked out yesterday and it was a beautiful morning. 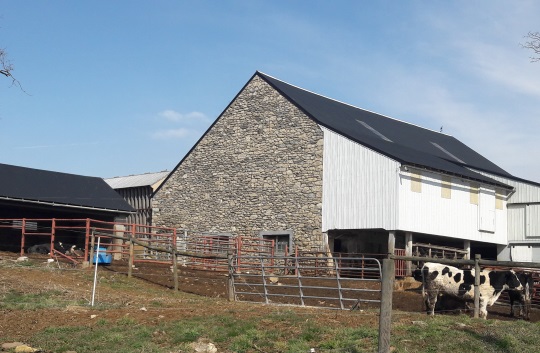 I nearly called this post “Spring in Lancaster County”, but with no green on the trees yet it’s more that in-between season between winter and spring, which I am going to take the liberty of naming “mud” season, because there is enough of it around right now.

Speaking of which, there are no mud sales this weekend, though I drove by the aftermath of the Gordonville Sale and I can say they had some muddy fields out there. 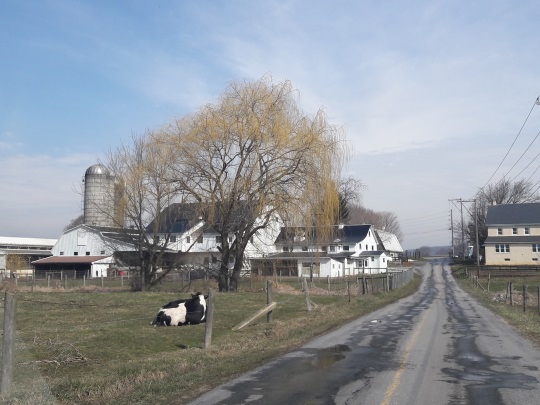 Good Friday is today, and I’ll be with some Amish friends for the day. Amish here fast on Good Friday, so we won’t eat until this afternoon. 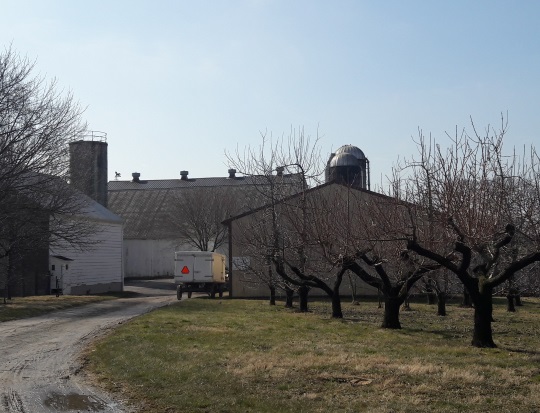 Many people took advantage of the sun to hang laundry. 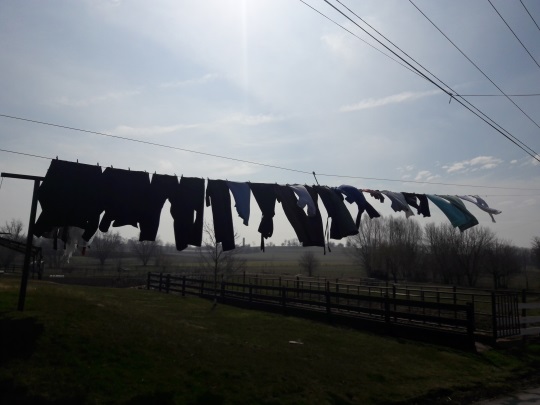 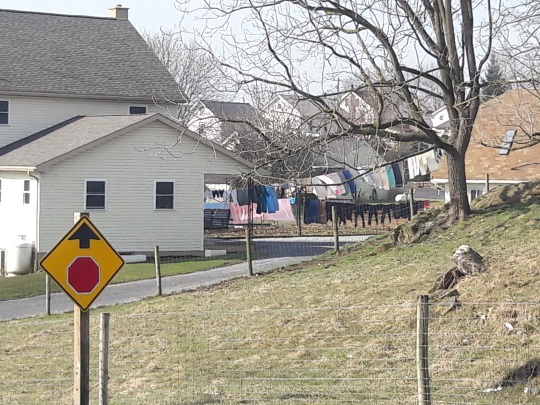 Intercourse is the most famous town in Lancaster County (and probably anywhere Amish), and not just because of its funny name. It’s the center of the tourist area here. 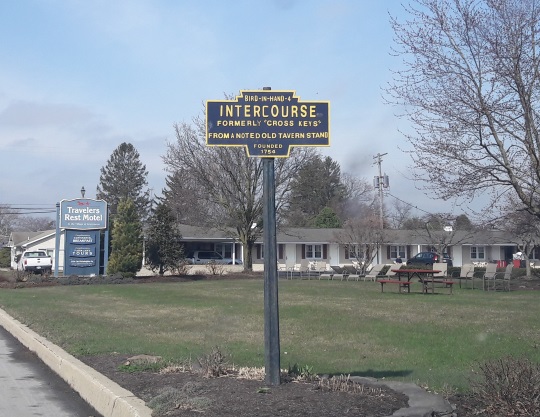 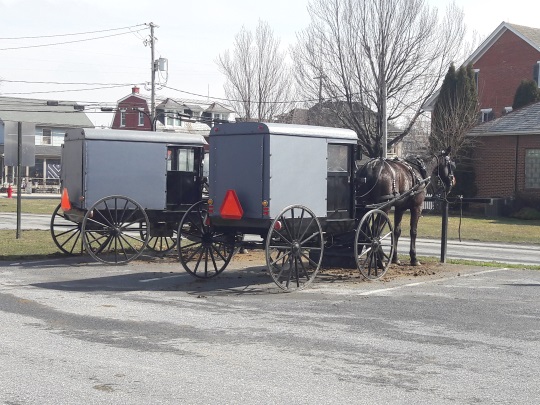 Traffic at the main intersection. The car standing in front of me at the light was from Maine. They waved at the horses above. Strangely the horses didn’t wave back. 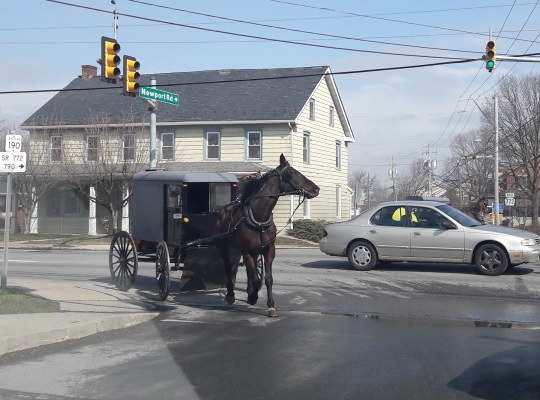 This is Weavertown Coach Shop, between Intercourse and Bird-in-Hand: 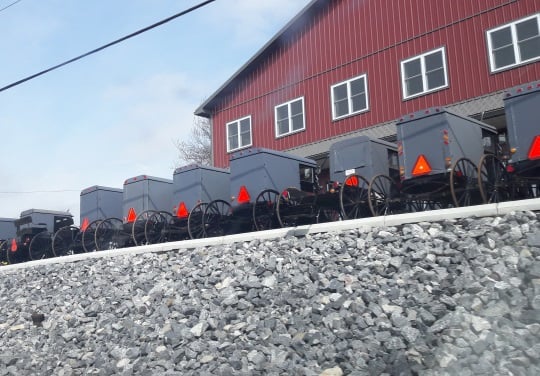 And White Horse Machine. The scooters parked outside tell you who’s inside: 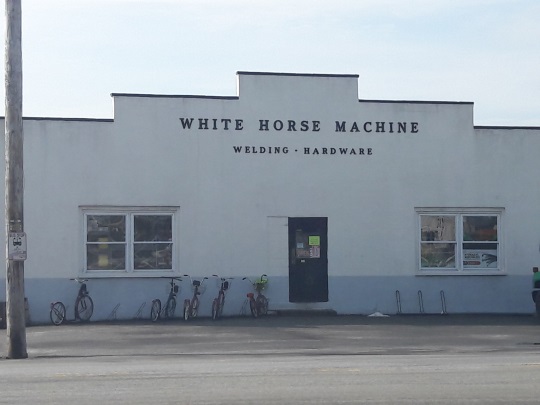 I had a chance to drop by the Young Center at Elizabethtown College, and see some old friends. The Young Center recently underwent an expansion, and is now about twice as large: 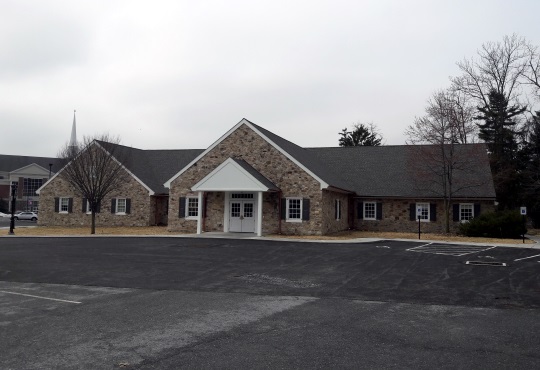 Lancaster County is quite paved as far as roads go, and especially compared to Midwestern Amish areas. But you’ll occasionally run across an unimproved road like this.

I find Amish often live on these roads. If I were Amish, I would be just fine with them leaving it unimproved: 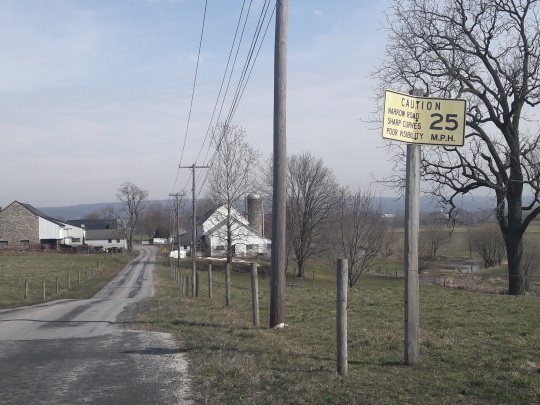 I also visited a couple of businesses, Gordonville Book Store and BB’s Grocery Outlet. I’ll have more on these in a post next week so stay tuned. 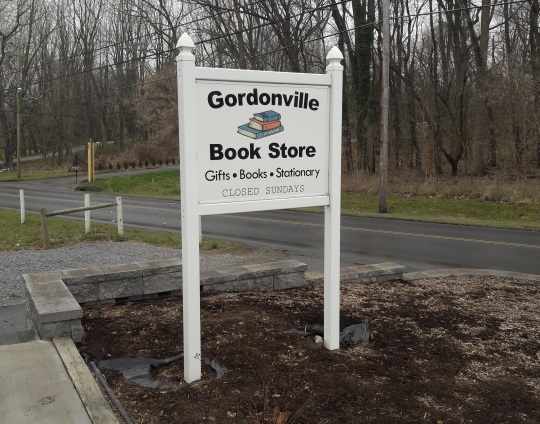 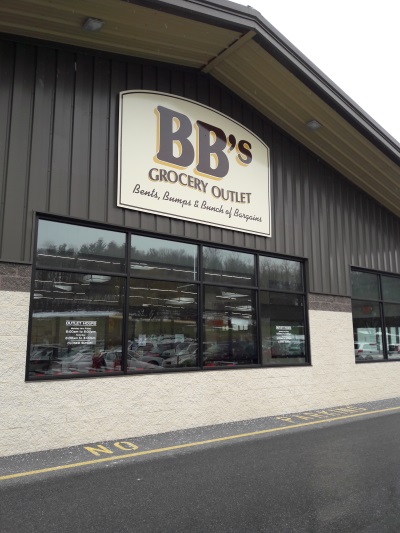