At A Michigan Amish Auction (19 Photos)

Jim Halverson, whose photos we’ve seen here before (LaGrange County, IN and Amish women’s clothing differences), attended an Amish auction in Isabella County, Michigan. Here’s Jim with what he saw and learned at the event, which took place this summer.

Following up on a summer post on Amish America about Yoder’s Auctions in Clare, Michigan, I learned that an auction was to be held on August 8 in Blanchard, Michigan. Blanchard is in Isabella County, about 20 miles southwest of Mt. Pleasant. 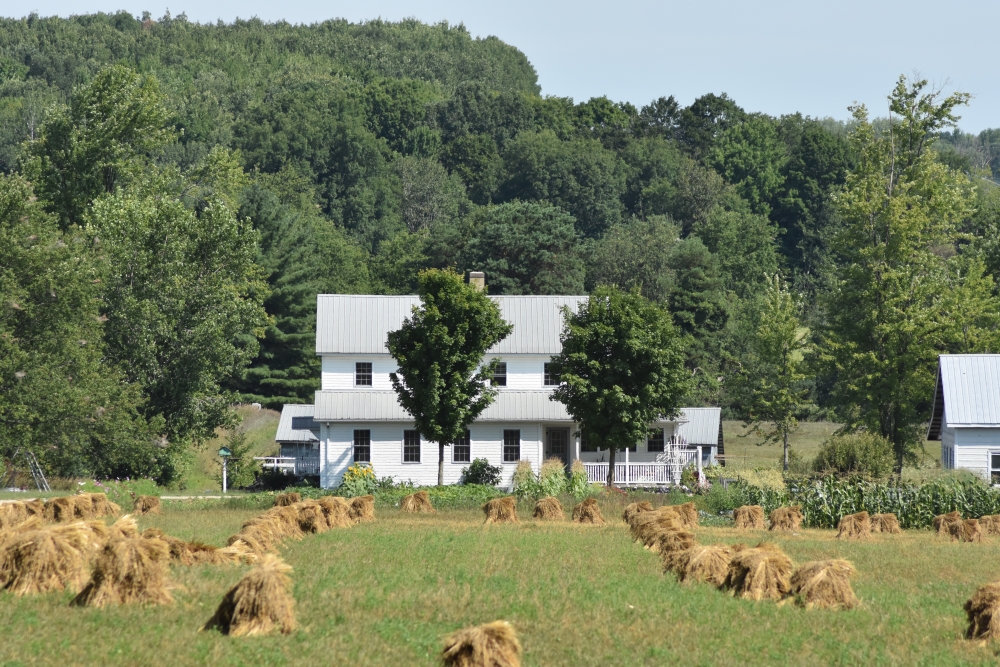 Actually, I had never heard of it, and had no clue where it was or the fact that there was an Amish community in that area. It’s about 2 hours from my home so I decided to check it out. 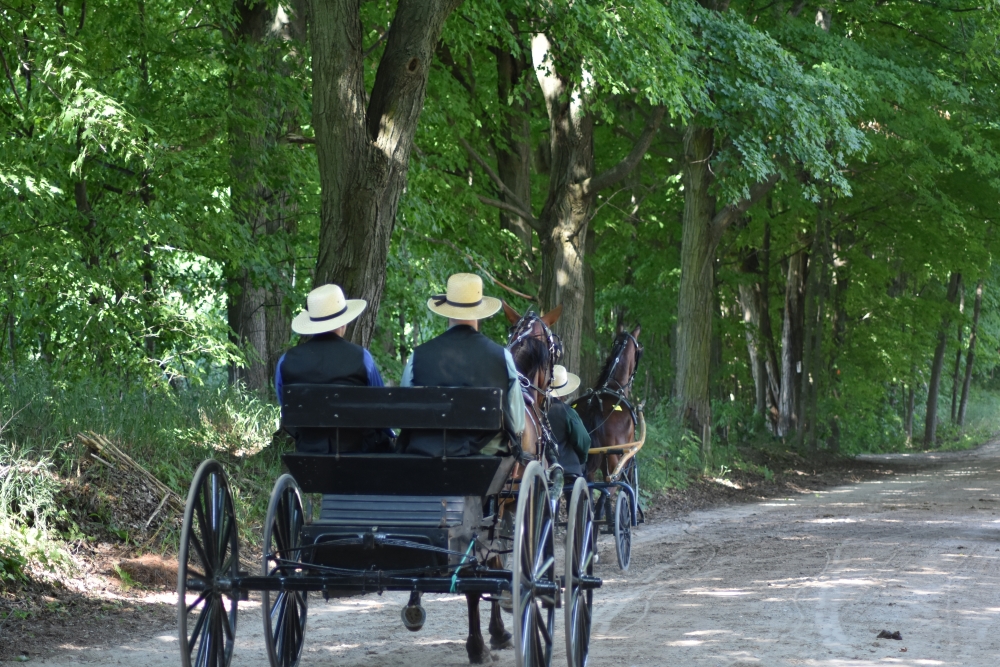 The auction was held at a farm in an area that is a mix of farmland and woods. Conservatively, there were probably at least 250 folks at the auction. 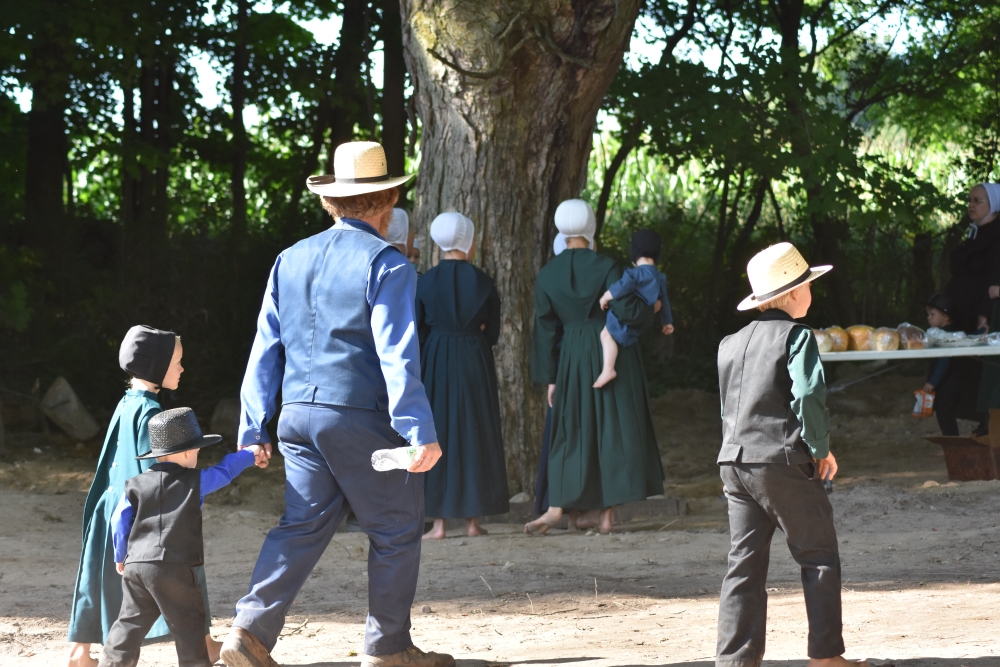 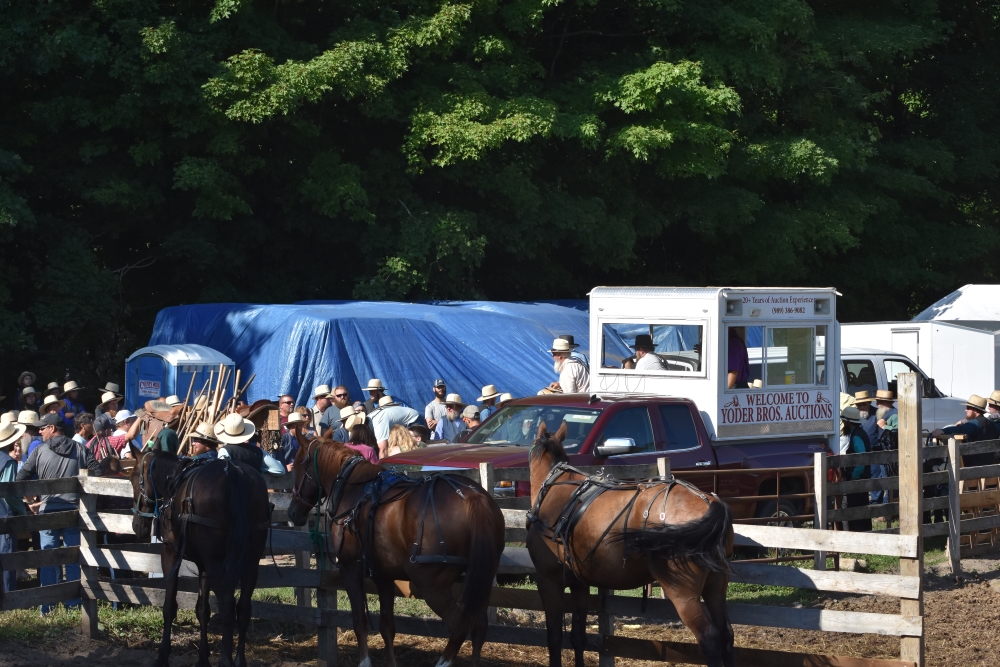 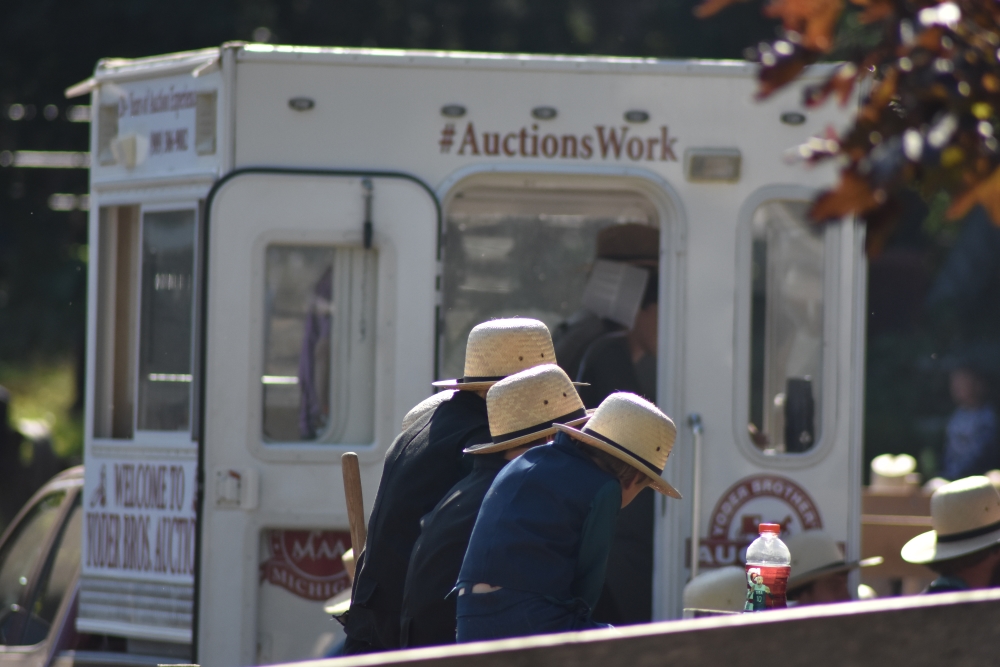 Farm equipment, tools and livestock were being auctioned near the barn. It was mostly men participating in this area. 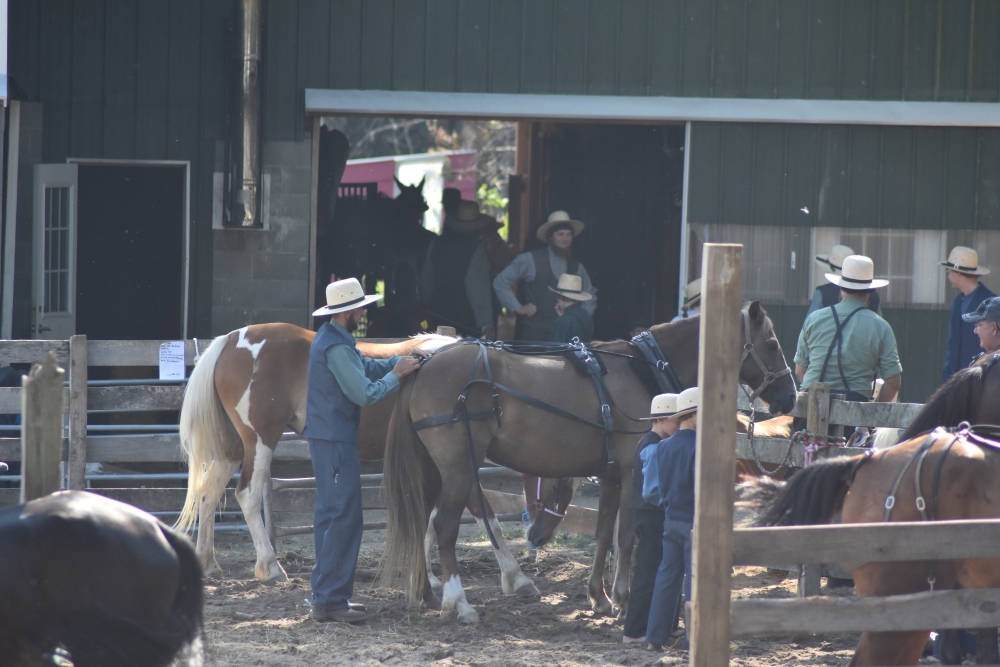 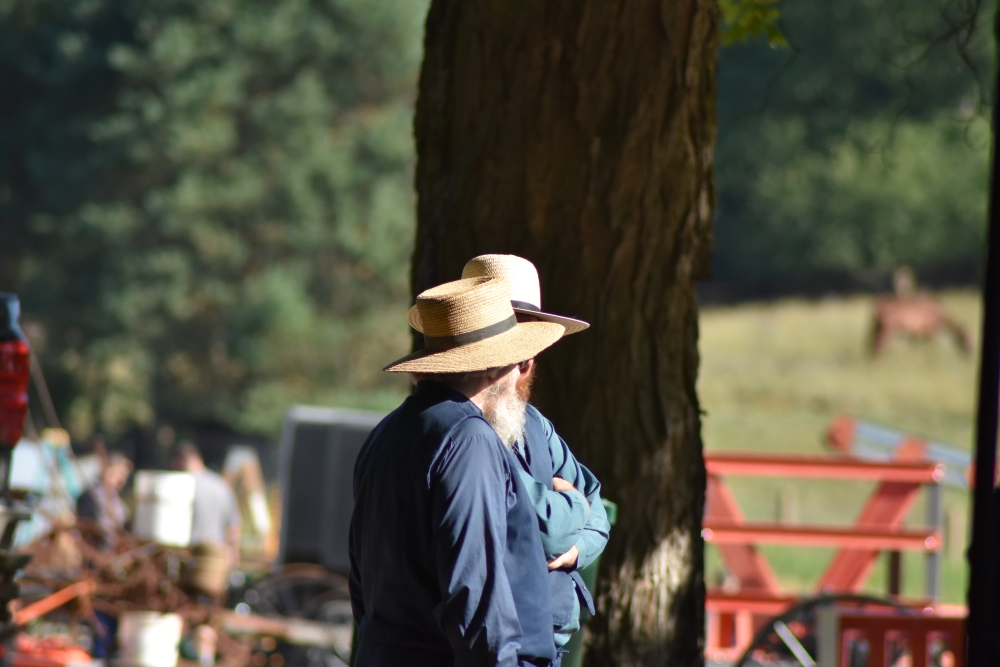 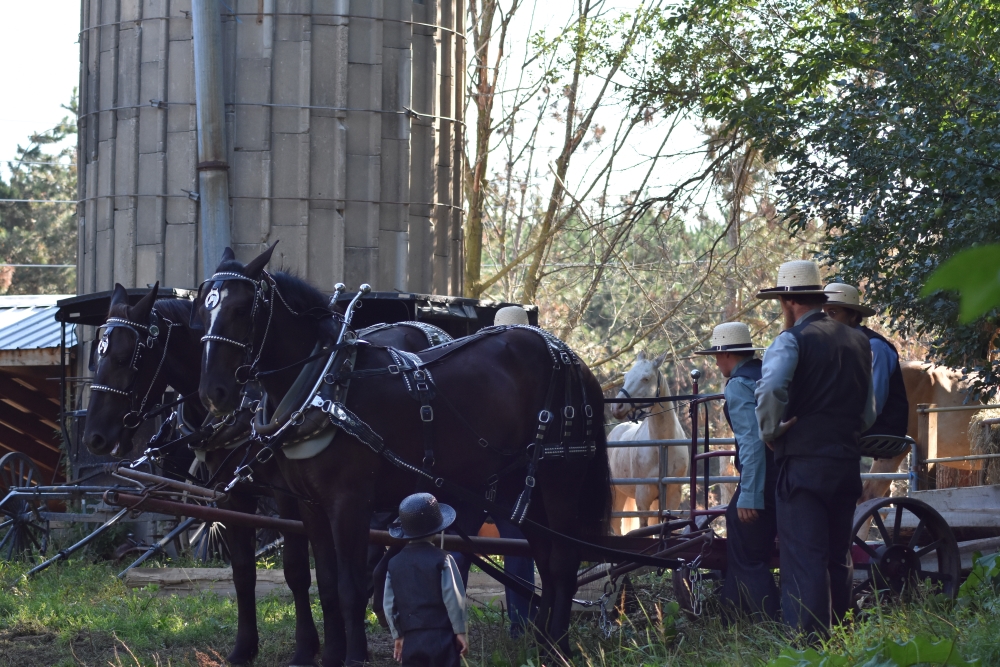 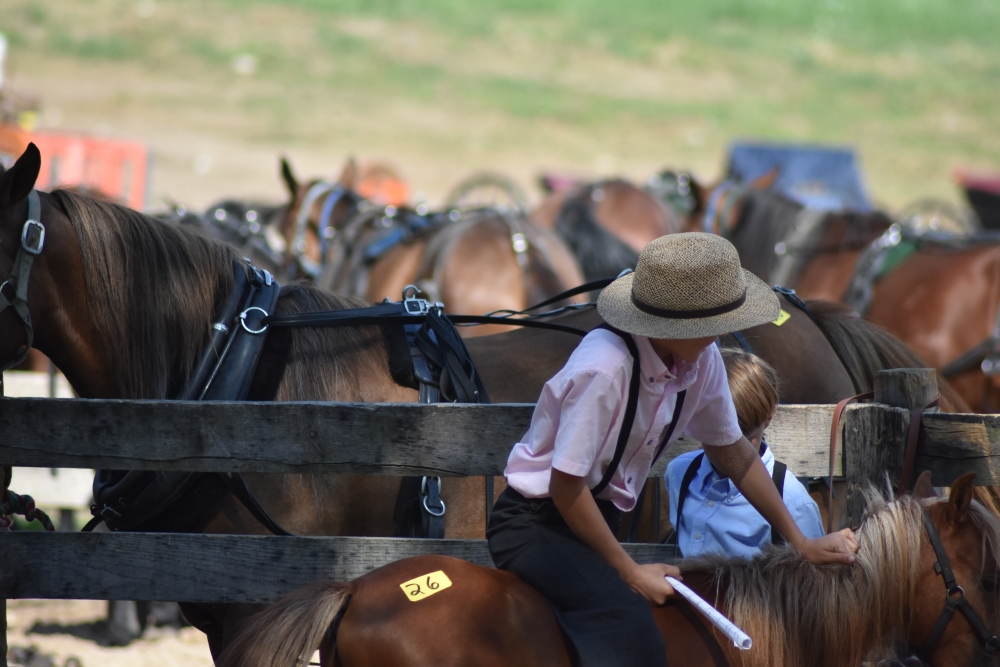 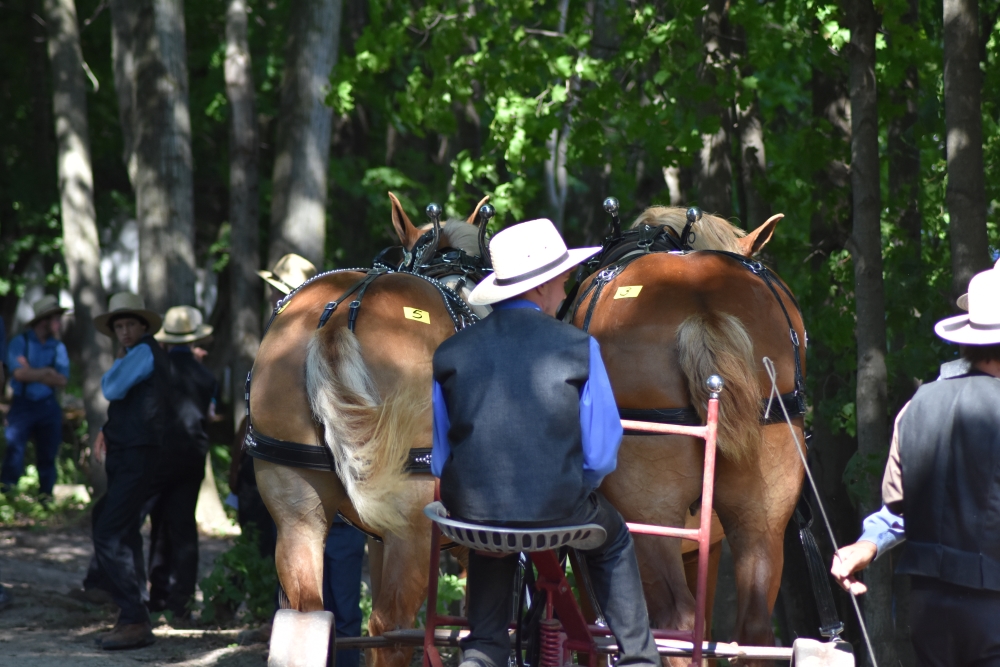 Near the house, clothing, furniture and housewares were being auctioned and women were congregating in this area. 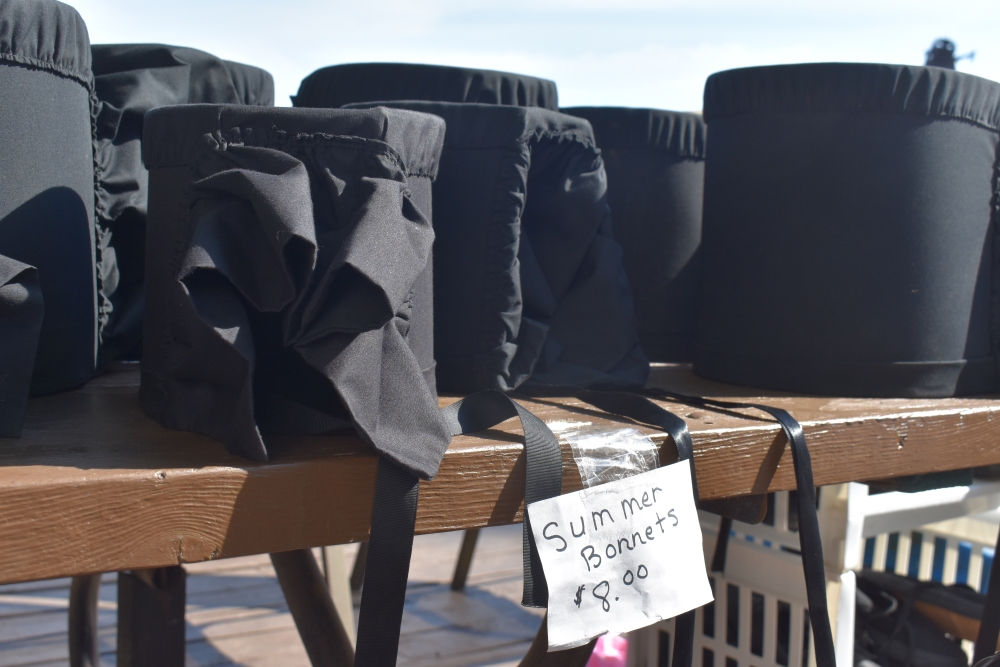 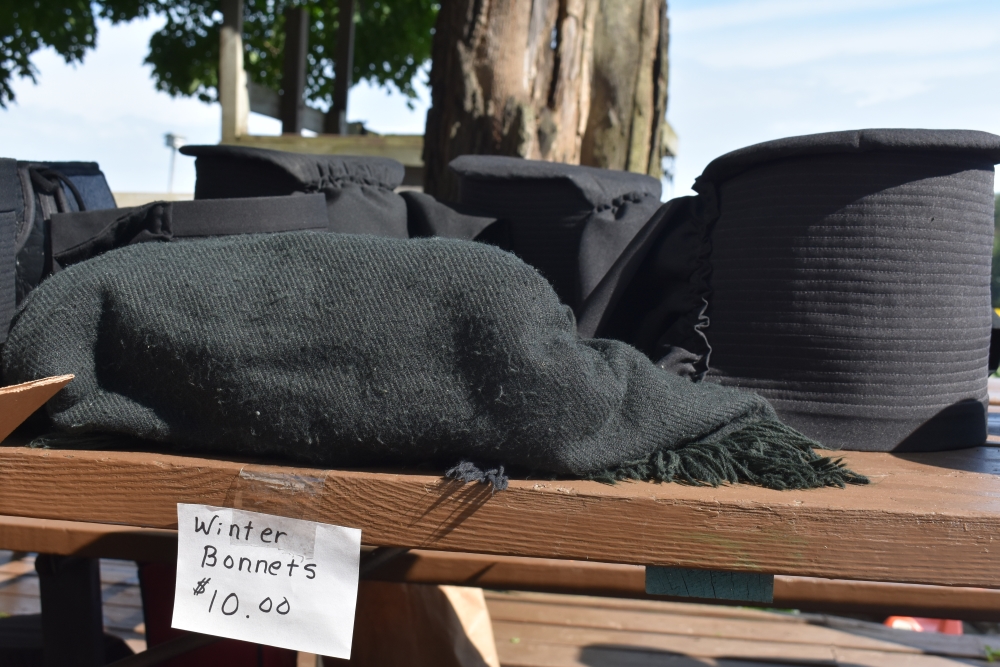 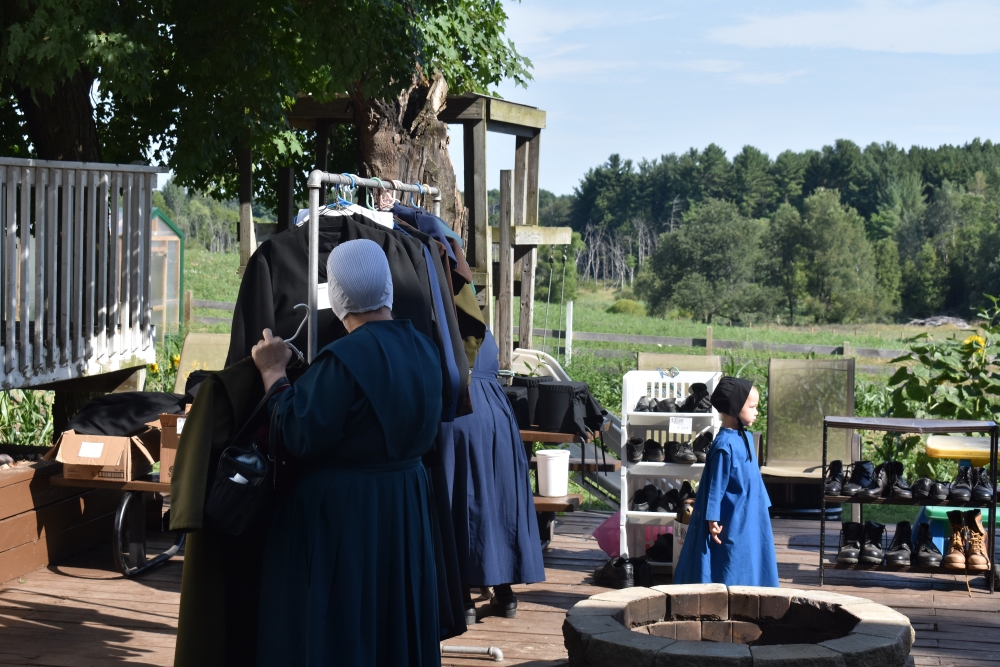 In between the barn and the house, baked goods and hamburgers were being sold. 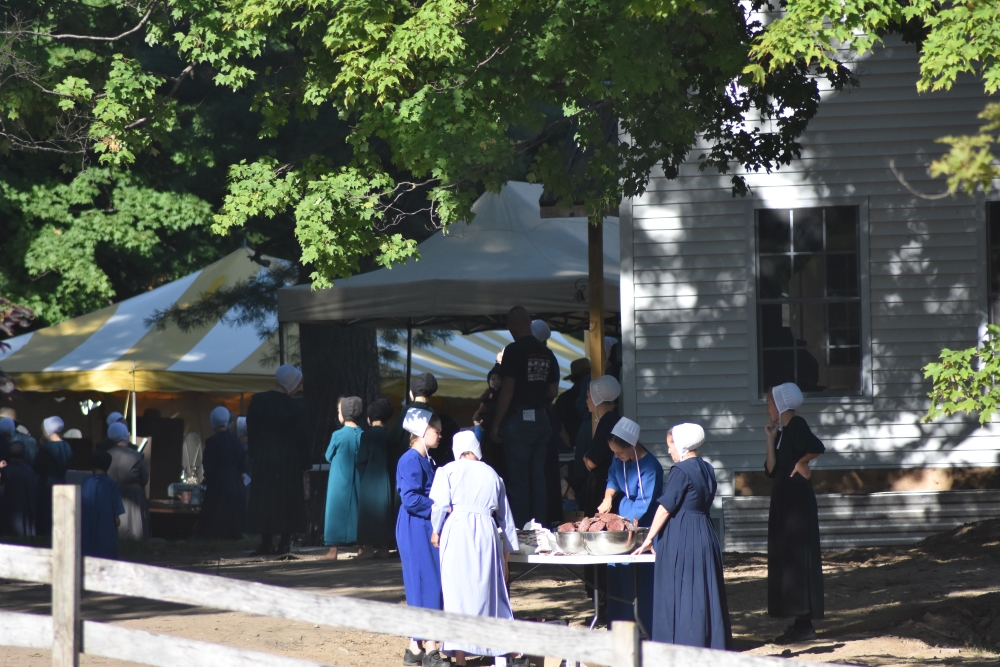 While buying a donut and a cup of coffee, I learned that the girls in charge of the food were from Middlebury, Indiana, approximately 2 1/2 hours south. I then noticed that the clothing worn by the Middlebury women was slightly different from that of the local women. 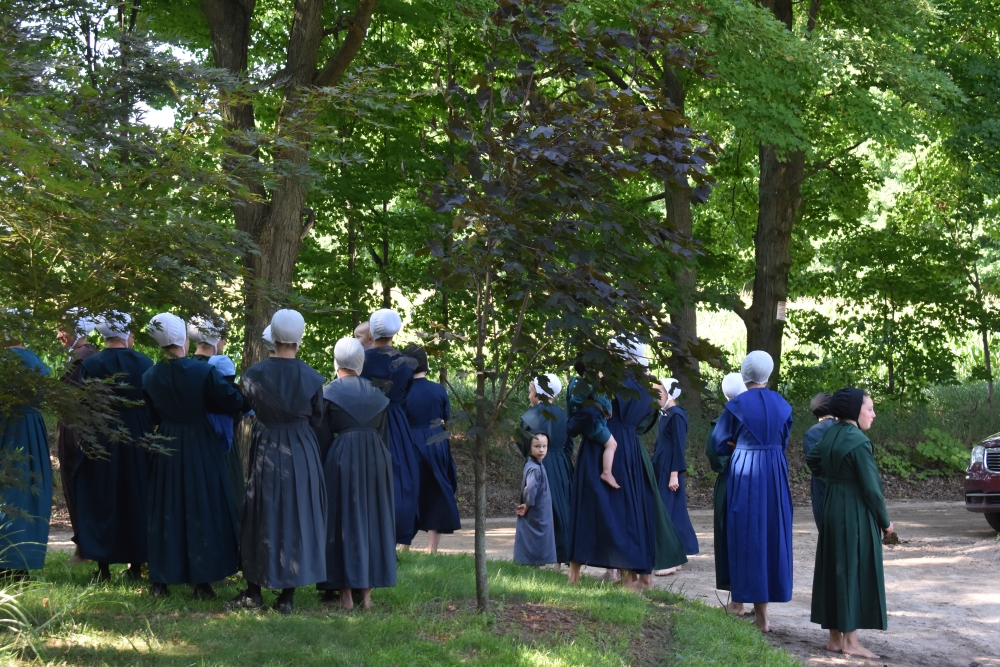 Many of the younger men were driving and riding their horses up and down the dirt road. At first, I assumed that this was so potential buyers could see how their horses handled. But after seeing all of the young women lined up watching, I’m guessing there was more to it than showing the horses. 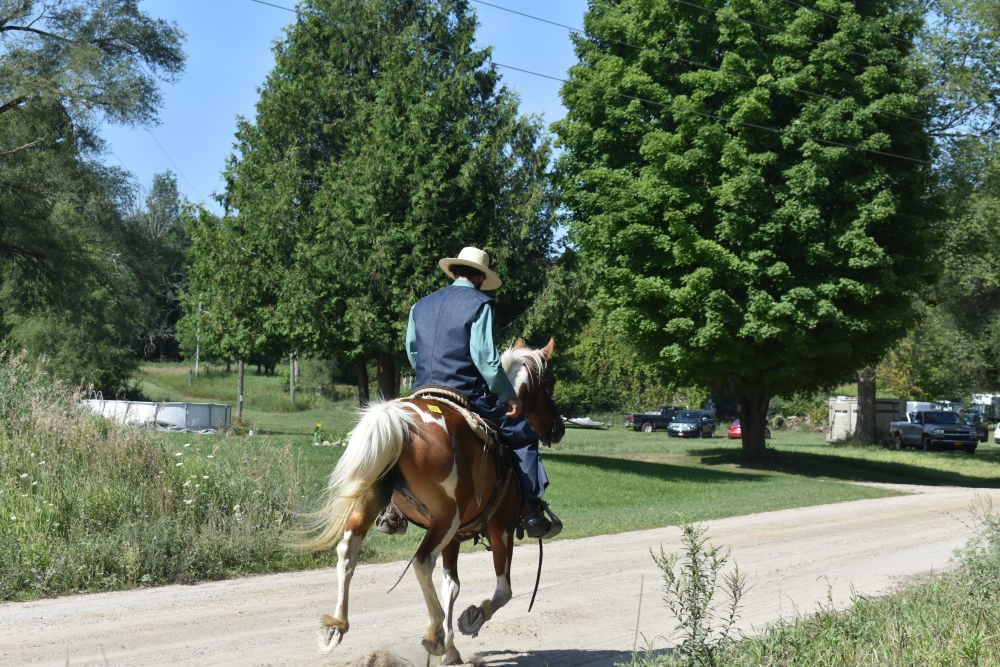 In my limited contact with the Amish, I am most familiar with the communities in northern Indiana and southwest (Centreville-Nottawa) Michigan. The buggies in Blanchard were different from those communities. Those that I saw in Blanchard had tapered bottoms instead of square bottoms and they did not have windshields. 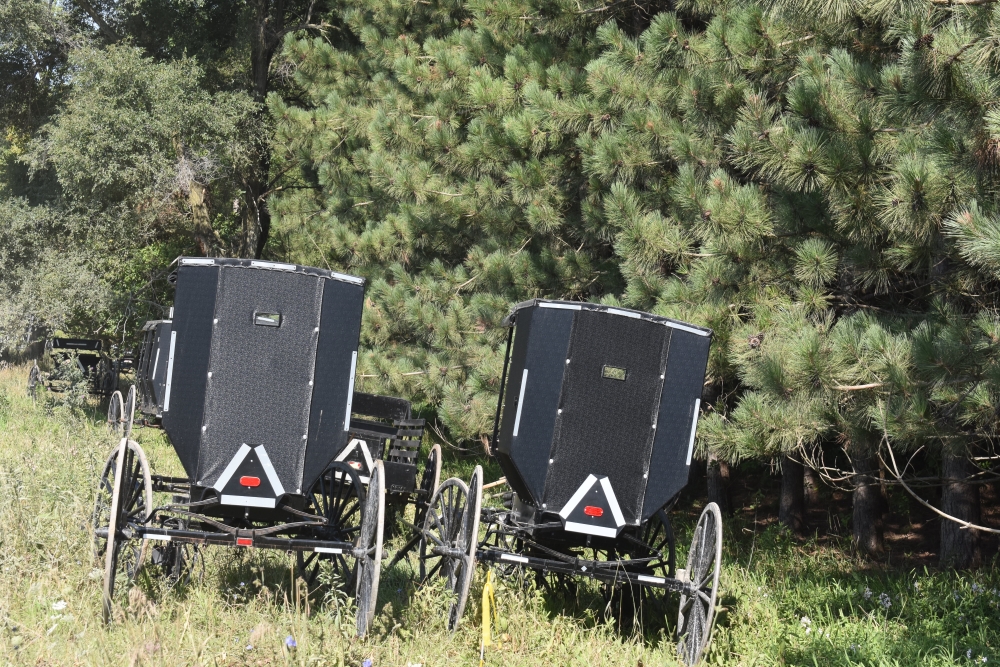 Note from Erik: these appear to be the same style of buggy as used in the Ashland, Ohio settlement. Rather than an orange SMV triangle, these Amish use the version you see above, with three strips of gray reflector tape outlining a triangle, and a red reflector at center. Who came up with this design, and why? I don’t have an answer to either question. 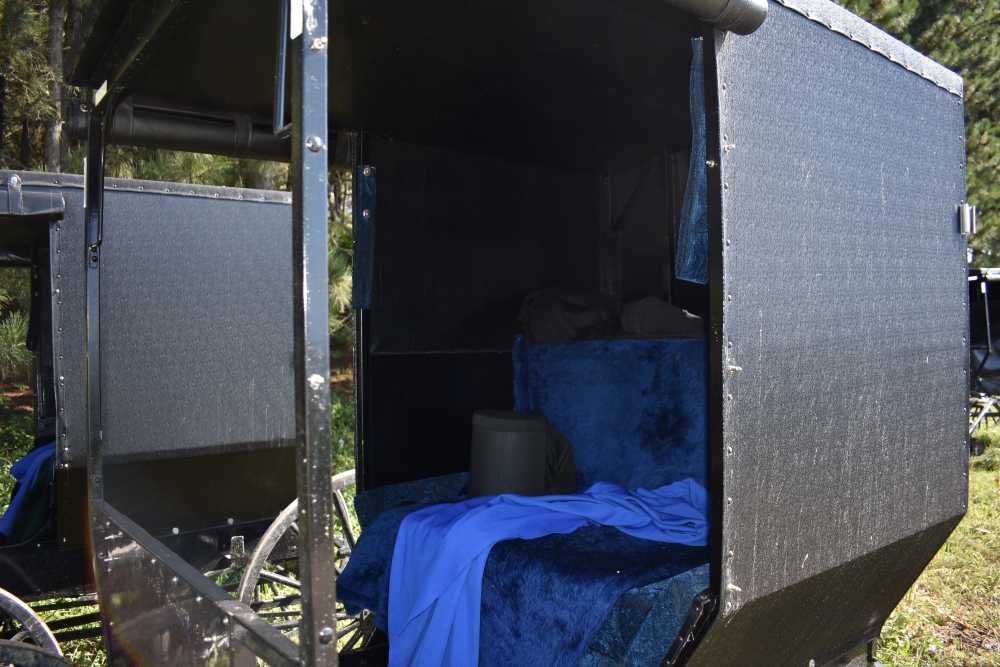 On my way home I was kicking myself for not talking to more people and finding out about their community. I know very little about the Blanchard community but heard that it’s relatively new. 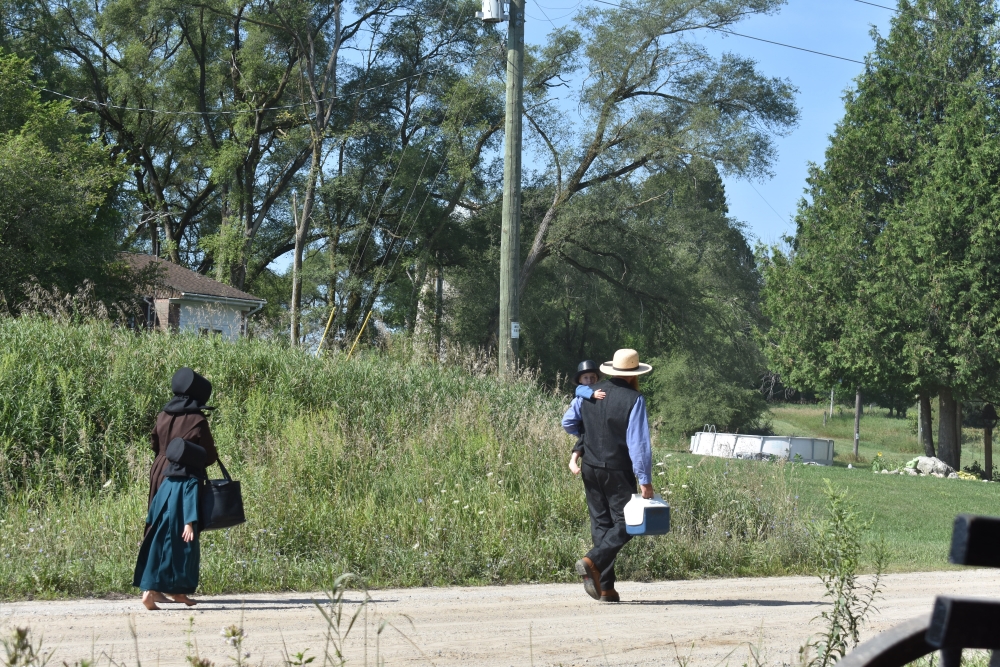 Note 2 from Erik: checking the state and county settlement listing, the Blanchard settlement actually dates to 1983 – which might very well be considered “relatively new”, depending on who you ask (for example, one of the aforementioned attendees from Middlebury, Indiana, whose community began in 1841). We also learn from the list that there are 5 church districts in this community, with an estimated 650 people. A big thank-you to Jim for sharing the great photos and visit with us.