With much of the country’s bricks-and-mortar economy shut down, e-commerce has been thriving. Ohio-based Lehman’s – specializing in off-the-grid and old-fashioned items – is one business that has seen its sales spike.

The Wooster Daily Record looks at Lehman’s experience over the past couple months. Some products have been in especially high demand. So what are people buying? The first item mentioned doesn’t surprise me at all:

“We had to take it off the website due to the limited supply from the vendor,” said Glenda Lehman Ervin, Lehman’s vice president of marketing, who added the item is also on backorder.

People have had to become their own haircutters in this unusual time. This is what the Amish do normally, and now the English do too. 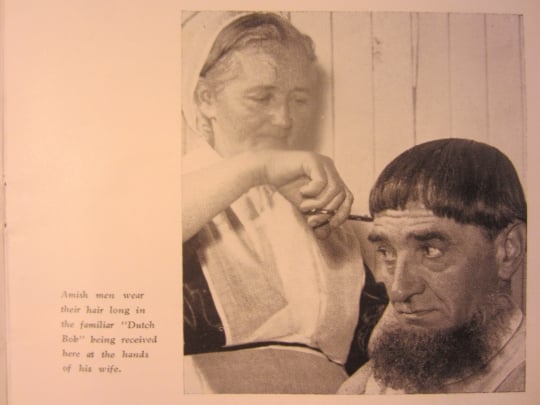 Three product categories have been most popular: “essential items, comforting items and planning ahead items.”

The essential items allow customers to heat, feed, light and replenish the water supply in their homes, nearly all without electricity. Popular items include shelf-stable food such as canned and freeze-dried meats, water pumps, oil lamps and other non-electric lighting options.

The comforting items range from books to baking supplies, puzzles to board games. Sales of outdoor items also are starting to spike due to the warmer weather, more than usual at this time.

Some other examples of products that have seen a huge spike. Kerosene cookers:

The store also has sold 48 Alpaca Kerosene Cookers over the last two months compared to the one it sold over this time last year.

And to fight off boredom, good old-fashioned jigsaw puzzles:

Lehman’s sold 786 copies of its most popular jigsaw puzzle, “Things I Ate As A Kid,” in March and April. Over the same time last year, the store sold only three. The store can’t replenish its stock because the factory had to shut down during the pandemic.

“Things I Ate As A Kid.” That could be an interesting topic.

A warehouse worker says the volume is twice what they see in the Christmas season. The company has also joined in to help out with masks and other needs:

The store also is selling thousands of masks made by local Amish seamstresses. Lehman’s was donating a free mask for every mask kit it sold, but found there were more pressing needs, such as general medical care and food supplies. So it is now donating money, food and other items in an amount that exceeds the value of the masks.