Ryan Robinson of the Lancaster New Era writes (no longer available) that myths such as these persist, apparently even among long-time neighbors of the Amish.

Amish are generally exempt from paying Social Security taxes, a privilege negotiated some years ago with the federal government.  But at the same time they also refrain from receiving benefits. 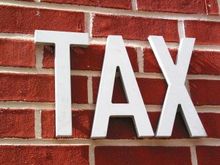 They feel it’s better to rely on their own means to take care of the needs of the weak and aged.

The Amish, and especially the farmers among them, pay their fair share of taxes to support local schools, which in any case they usually don’t use.  Most of the kids go to Amish-run parochial schools.

Robinson writes:  Ask your superintendent what school district budgets would look like if the thousands of Amish children in the county all of a sudden showed up for public education.

In this case, Amish are basically subsidizing non-Amish education.

They’re also usually contributing a lot to the local economy by attracting tourists and patronizing local businesses, as well as employing non-Amish employees in their own often thriving firms.   And Amish businessmen do pay Social Security for non-Amish workers.

The Amish also support charitable actions in their own areas and outside,  monetarily and through contributions of time and labor.