Speaking recently with someone wanting to film the Amish, I realized it’s been 5 years since the release of PBS’s excellent documentary “The Amish”. 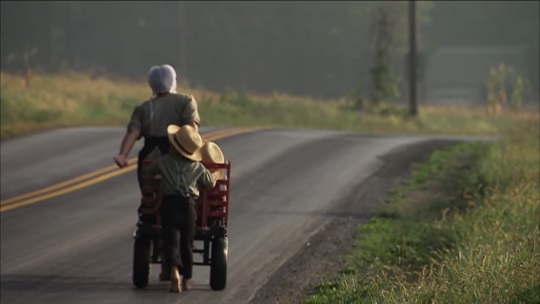 This is one of the films I most often recommend on the Amish, and it struck me that some of you readers might not be aware of it. 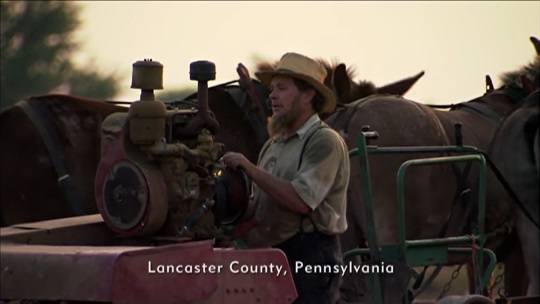 After previewing the film in 2012, I wrote the following:

Adding to the Amish commentary is that of various experts and scholars of the Amish, as well as some former Amish.  Though no one was interviewed in front of the camera, there is also quite a bit of footage of Amish themselves, often taken at a distance or in unposed situations.  For instance a Pennsylvania farmer agreed to be captured on film, and the goings-on at his farm appear throughout.  Youth meetings are filmed along with numerous shots of schoolchildren and church gatherings.

One thing that strikes you is that “The Amish” is a visually captivating film, an aspect enhanced by a beautiful musical score.  The cinematographers did well to capture the natural beauty of Amish environs, and the film is quite artistically done.  You can make a good film on the Amish without the stunning visuals, but having them adds a lot to the experience.

“The Amish” is also commendable in its geographical breadth.  Rather than focusing on only one or two settlements, it covers a range of communities.  Besides the PA-OH-IN Amish heartland the filmmakers’ reach extends to settlements in the Northeast and West.  On a personal level I got a special kick out of recognizing some of the speakers and locations and to the filmmakers’ credit at one point I felt like I was almost visiting with friends again.

I also really appreciated a segment following a family inspecting land for a new community.  It brought home the implications of uprooting your family to try to make a go in a totally new area, not knowing if enough families will even join you for your venture to survive.  The Amish story has been one of migration and nowadays with new settlements popping up everywhere that is as true as ever.

You can view the first chapter on Youtube, which I’ve embedded below (the film is actually available in full – 2 hrs – on Youtube, but in a lower-quality format than what you find here). 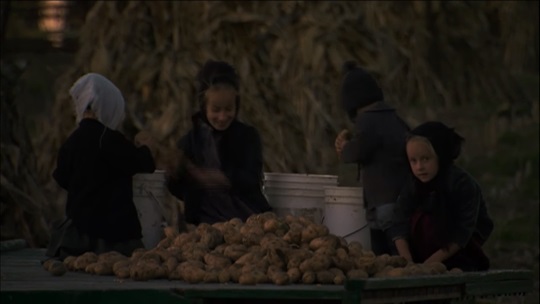 Otherwise you can also find it on PBS’s American Experience site.

I hope you enjoy!