Last summer we saw news of a Pennsylvania township which wanted Amish buggy owners to adhere to an uncommon array of requirements. 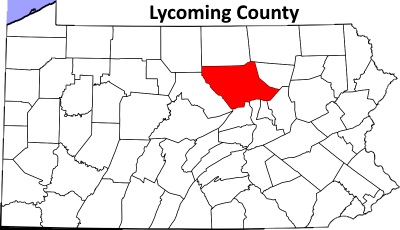 These were diapers for horses (to prevent manure on roads and related health concerns), rubber horseshoes (to protect road surfaces), and even numbering on all four sides of the buggy, so that violators of these two ordinances could be easily identified.

Rubber horseshoes can create a problems for horses, damaging their shins and hooves, according to a local Amish farrier who spoke at an August meeting on these issues. I believe the general Amish concern with the diapers is that they can frighten a horse in a way that would compromise safety on the roads.

Now it appears Washington Township in Lycoming County has backed off these requirements, at least for now. The township never voted on the diaper and horseshoe ordinances, according to a report at pennlive.com.

The third proposed requirement, registered and numbered buggies, has died in acknowledgement that “only the Pennsylvania Department of Transportation can register vehicles.”

Are the Amish doing their part?

According to this report, the township’s main concern is the damage to the roads from horseshoes.

This is not unreasonable when considering the costs of repairing and replacing the asphalt surfaces can be high. Amish in other communities often address this by contributing an annual fee which goes to road upkeep.

These ordinances emerged from complaints about manure on the road. It also sounds like there were elements of human conflict, according to attorney Clifford A. Rieders: “A personal gripe mushroomed.”

Rieders, who is representing the Amish, says that they want to be good neighbors and keep the roads clean.

But Township Supervisor George Ulrich has not seen much sign of that. “The Amish don’t seem to want to change,” he says.

Part of the problem, according to Ulrich, is that the shoes Amish are using are inappropriate for the roads:

Ulrich said he has seen thrown horseshoes that he claims contain drill bit parts and too much Borium, a brand name for a tungsten carbide product. Farriers add Borium to horseshoes for better traction and to extend their life.

Although concerned about the roads, he said he does not as a farmer want to force owners to do something that could cause injuries to their horses.

Amish agreed to meet with representatives from Cornell University for what sounds like a crash course on how to properly shoe horses.

While the idea of university reps coming to teach Amish how to shoe horses strikes me as a little odd, perhaps the Cornell people have some constructive things to share.

But the meeting hasn’t happened.

Despite agreement from the Amish side, a date for the meeting could not be reached due to the proposed times conflicting with hunting season.

That doesn’t sound like the actions of a group who are trying especially hard to meet the other side halfway.

Ulrich says they could still schedule the meeting for the spring – if the Amish are still open to the idea.

A neighboring township was originally reported to be watching the proceedings and considering their own regulations.

But it turns out this story wasn’t an isolated case. Washington Township heard from other communities, according to township secretary Bonnie Taylor:

The publicity generated by the proposed ordinances resulted in calls from places in Pennsylvania, Ohio, Kentucky, New York and Maryland, Taylor said. “Other municipalities were watching,” she said.

It looks like there are a good number of others across the country dealing with similar problems, but which aren’t getting publicity (yet).

So they may draw some lessons from the way things have gone in Washington Township.

One thing they should consider as well is that these conflicts are played out on a local level and personalities can come into play, on both sides.

If people are willing to work together with mutual understanding and respect for the other side, positive things can happen that leave both parties better off or at least not worse off.

The group of Amish involved is going to matter to some degree as well. Some communities are by disposition going to be more inclined to accept changes. For others change may simply be a non-starter.