Cooking out for the Fourth?

I guess this photo gives new meaning to the term “cookout”.

This is an Ashland wood-burning kitchen stove, which was moved outside for summer cooking. Taken by contributor ShipshewanaIndiana in the Adams County settlement. 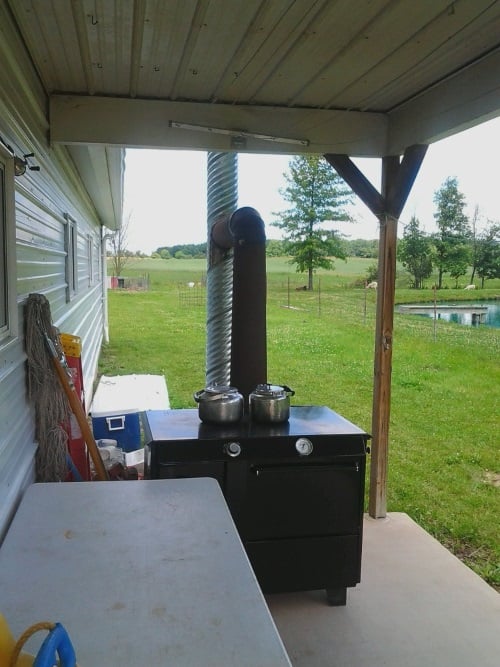 Since A/C is not a thing in Amish homes, you have to make other arrangements in the summer time. This is why some Amish families spend more time in their cool basements during the sticky months.

Oh yeah. I guess this isn’t an official “caption this” post, but if you have any ideas, they are welcome 🙂

Amish and the Fourth of July

If you’re wondering how the Amish approach the Independence Day holiday, here’s a piece I wrote in 2008 on Amish and the Fourth. An excerpt:

The Amish of northern Indiana (Elkhart/Lagrange counties, Nappanee), a large chunk of whom work for non-Amish employers in the RV industry and whose orbits align perhaps a bit more with those of English America than other Amish, typically enjoy time off on Independence Day.

I recall meeting families in this settlement on the way to the local fireworks display while living in the area two summers ago.  Amish moms and kids were as excited to see the show as, say, any family plucked from American suburbia might be.

What about that most ubiquitous of American symbols, the flag?  No doubt they will be seen proudly waving on the front lawns of many homes today.  Though Amish appreciate being able to live in a democratic nation, the liberties and privileges they are allowed, and the protection they receive from the state, they rarely if ever engage in explicit displays of patriotism.  Out of the few thousand Amish homes I’ve visited in half-a-dozen states to date, I have yet to come upon one with the Stars-and-Stripes hoisted out front.  And I don’t expect to.

But there are the buggy races which should be happening today in Topeka, Indiana.

20% off at Arment Gallery & Gifts in Shipshewana

If you happen to be in the northern Indiana area over the 4th weekend, the Arment Gallery (125 N. Morton St, Shipshewana, IN) is offering 20% off anything in the store to Amish America readers.  Just print this page and bring it in for your discount (offer valid through July 2014). 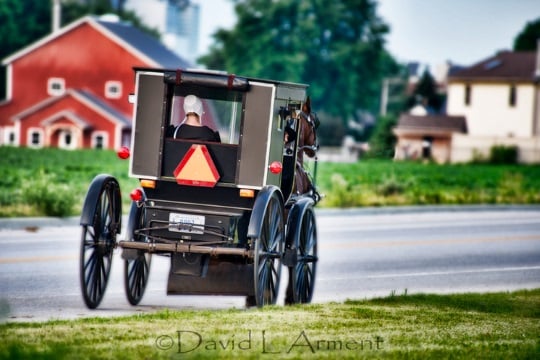 We’ll be featuring more Arment Gallery photos next week and hearing from David Arment about his craft.