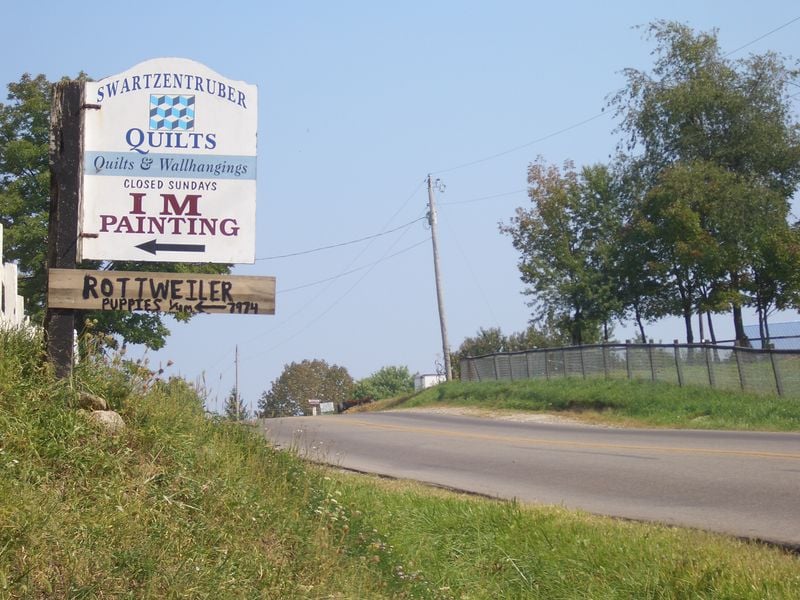 Amish businesses have thrived in recent years–though there has been some clashing with non-Amish society along the way.  ‘Puppy mills’, Amish construction firms, and woodworking shops have all rubbed people the wrong way at times.

‘Puppy mills’ is the term applied to breeding operations that are typically poorly run and with pups and parent dogs in ill health.  The term is meant to be a reflection of the emphasis that these operations place on profit, as well as to portray the conditions inside sub-standard breeding quarters.

Puppy mills produce puppies as a factory produces widgets.  The implication is sickness and misery and cruel, heartless owners.

Yet the term gets applied in a blanket way in many cases.  Those who object find it a convenient way to label an entire industry.  This year the annual protest in Intercourse in Lancaster County took place.  Apparently it was larger than usual, with around 800 present.  I heard Oprah’s coverage may have had something to do with that.

It’s no secret that a puppy breeder is out to make a profit.  Which is why it is stupefying when protestors attempt to portray all pup breeders, or at least all Amish or Mennonite ones, as operated in the same manner as the few shoddy ones that have been caught and pilloried (rightly) in the media.

It’s overplaying one’s hand and there’s also a good bit of prejudice or profiling or whatever you want to call it, involved.  The Amish are plainly conspicuous, and are loathe to get involved, say, by responding through the media.

So they make a convenient receptacle for anti-puppy millers’ wrath.

And as the Amish are something of an in-joke in many quarters, and one that seems largely unprotected by the PC-umbrella, it works a lot better than if they belonged to another, more ‘sensitive’ ethnic or religious group.

Puppy breeding operations are often run as a ‘sideline’, that is, for supplemental income in addition to a regular job or farm.   Most are not the large-scale operations that provide a full-time income.  You find them not only in Lancaster, Pennsylvania, but also in Ohio, Indiana, among the Amish–and non-Amish alike.

The main thing that has always puzzled me–if these heartless Amish breeders are really all treating their dogs so poorly, why are they still in business?  It seems pretty unlikely they would get many buyers for pups that are half-alive and covered with sores, as is the case with some of the unfortunate dogs in poorly-run places.

That can be a long issue to get into so moving on to something else.

Actually, I’m a bit out of juice today, so will link to the other topics I meant to cover, and you can have at it if you like.  This is an article on controversy surrounding New York Amish contractors.

And this is a post on LOUD Amish woodworking shops.  Or at least one in particular.  Like a lawnmower going for ten hours straight.

For more pup stuff, try these links to previous posts: