Amish have lived in Illinois since the early 1830s.  The Arthur community, with a population of around 4,000 Amish, dwarfs all other settlements in the state, most of which measure at most a few hundred souls.

The Arthur Amish settlement holds a special place for me, as it was the first community where I met Amish on a wide scale.  I sold a set of Bible-oriented books, the Family Bible Library, in this settlement in 2004.  I found them to be quite popular among Amish in this community, but less so in another Illinois Amish community which I also visited that year. 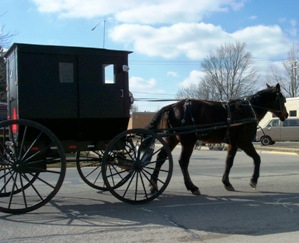