Amish Cook: Thank You, Readers (Plus Update On Jonathan Hochstetler)

This week Amish Cook Gloria Yoder takes time to thank readers for the cards  – at least 78 of them, but likely more, by the sound of it – that she’s received following her van accident last month. She also gives two updates – one on recovery from the accident – and the second on the status of her cousin Jonathan Hochstetler. Jonathan was the victim of a September robbery and shooting which took the life of his wife Wilma, and in which he was seriously injured. Jonathan is facing an unexpected new challenge. 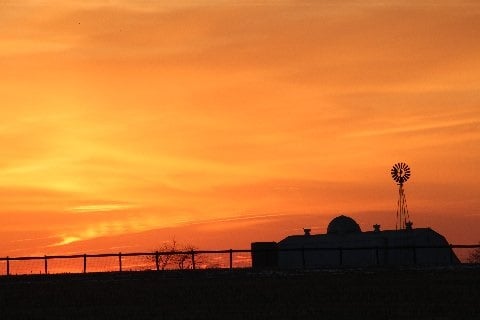 Dear friends, you have blessed my days so richly.

I am blown away by all the cards, get well wishes, and prayers on our behalf. Imagine how I felt today when Daniel walked in with a stack of 78 cards!

My heart has had some other “deep waters to wade through,” and I do believe God has used you to encourage me in Him.

The words of encouragement and Bible verses you shared meant a lot. Besides the blessing it was to me, imagine all the fun the children have had to help me open them. I was hoping you could take a moment to picture me sitting on the couch, grateful for a chance to take a little break.

In a moment, there are five children all gathered around me, asking, “Mom, may I open a card?” Delighted to have little hands helping me, they join in.

Soon, empty envelopes have found their way to the floor as the children proudly show me the cards they’ve opened.

How is the recovery going?

And yes, God has bountifully answered your prayers. We are recovering amazingly well. My upset stomach and sore stomach muscles due to the seat belt-tightening as my body was thrown forward from the abrupt halt have diminished.

The only thing I still feel is some soreness in my neck, which I credit to whiplash.

Etched permanently in my mind is that brown van pulling out in front of us, then the horror of witnessing the two-foot dent, the entire width of our van, rammed into the side of the other van.

I shake my head in wonder; it is nothing short of a miracle that we are all alive and well.

My friend, who suffered a broken hip joint, is doing OK, despite all the pain and discomfort she has suffered.

Us church ladies and girls are taking turns staying with her day and night to help her with her medications, meals, etc.

Next, an update on Jonathan Hochstetler, who has run up against a challenge in his recovery. To recap the story, Jonathan and Wilma, Mennonites who were raised Amish, were in Indianapolis for work-related reasons. It was late at night when they pulled over to repair lights on their trailer. They were then approached and both shot, with their six-year-old son in the car. Wilma was killed; Jonathan was hit in the neck.

In response to those of you who have been asking about my cousin, Jonathan, whose wife got murdered in October: Though his overall health has improved, his throat has not fully healed, making eating extremely difficult.

God alone knows whether or not he will ever be able to eat like normal. Though no one knows exactly how it happened, in the course of his gunshot, a stainless steel wire, 1 1/2 inches long, got lodged into his bronchial tubes.

Surgery will be needed to remove the wire; it will be no small undertaking since it lodged right next to the main artery going to his heart.

His faith in God remains strong even in the midst of it all, yet he and his four children do need our prayers.

Read the column in full here.