6 Questions on The Amish & The Bible

Do the Amish read the Bible at home? Which Testament do they emphasize? Do they use the Apocrypha?

Following last week’s 11 Questions On Amish Beliefs, this week we look at 6 questions on the Amish and the Bible. 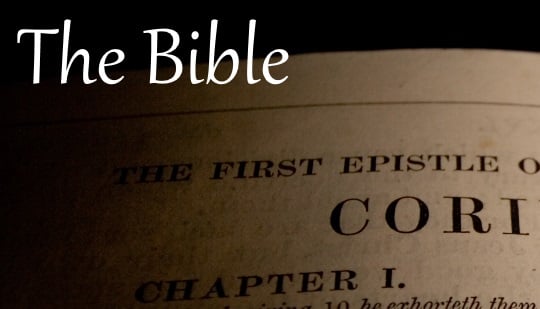 I’ve excerpted two of them, and you can find the rest at the link below.

Which are the most popular sections of the Bible in Amish church? Though readings come from both the Old and New Testament, Amish worship leans heavily on the New Testament and the Gospels. As described in The Amish Way: Patient Faith in a Perilous World, “Preachers make frequent allusions to Old Testament stories and psalms, but sermons are mostly based on New Testament texts” (see The Amish Way, Appendix II: Amish Lectionary, p. 205).

On the Gospels, “there is an obvious preference for texts from the Gospels of Matthew, Luke, and John, all of which present the teachings of Jesus. Of these Gospels, Matthew receives the highest priority” (The Amish Way, Appendix II: Amish Lectionary, p. 205).

Do the Amish use the Apocrypha?  The Apocrypha consists of a collection of additional books used in some Christian churches and included in some editions of the Bible. The Apocrypha does occupy a place in Amish society.

For example, the Martin Luther German Bible which Amish use contains the books of the Apocrypha (Luther described them as not equal to other books of the Bible, but “useful and good to read.”)

John Hostetler also notes that the Apocrypha plays a role in Amish wedding ceremonies, “which [include] the retelling of the marriage of Tobias and Sarah in the Apocrypha” (see Hostetler, John A., Amish Roots: A Treasury of History, Wisdom, and Lore, p. 117). Furthermore, in Amish Society, he recounts an Amish wedding service that includes readings from the Book of Tobit (Hostetler, John A., Amish Society, p. 195). Additionally, the Gospel of Nicodemus is also reportedly used by Amish.

Note: while in Lancaster County last month, the reading my Amish hosts chose one morning was from the Apocryphal book Ecclesiasticus (not to be confused with the Old Testament Ecclesiates).

Read the Amish & the Bible FAQ in full here.