The things you find in Amish carriage shops…

Amish carriage shops are not all alike.  One of the more delightful things I discovered when first visiting these shops was that some work on vehicles from beyond their culture.

This means non-Amish carriages and even early versions of cars (from an era when a car was closer to a “horseless carriage” than an “automobile”).

One such visit revealed work being done on an early-1900s Ford.  On another trip, I viewed an antique fire engine being restored to its former glory.

Today reader Ed shares some photos from a shop in Lancaster County, Double E Carriages, doing this kind of work.

The sleek vehicles in these first two photos need horses, but you won’t find them being driven by local Amish. 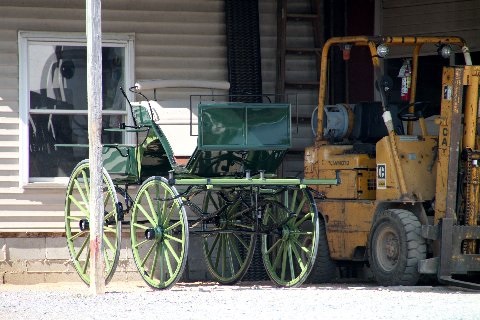 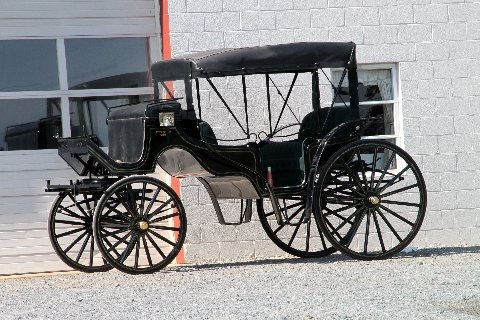 Ed recently spoke with the owner, who explained that “the shop has restored Central Park (NYC) carriages, as well as those of various historical sites.” 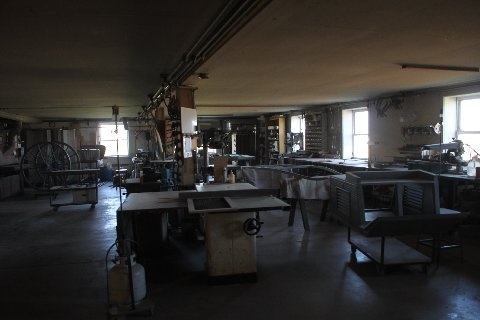 “There is full wheelwright equipment and an upholstery shop on the second floor,” notes Ed. 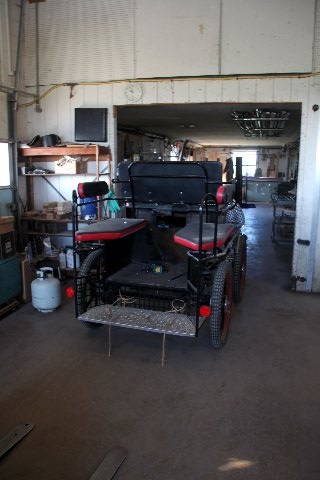 Owner Elam shared that the business primarily does vehicle restoration, although they “very occasionally” build replicas.”  One of their current projects, says Ed, is “restoration of a Stanley Steamer automobile.”

If you’re wondering like I was, this is not some sort of vacuum-powered vehicle (that would be Stanley Steemer you’re thinking of). According to Wikipedia:

The Stanley Motor Carriage Company was an American manufacturer of steam-engine vehicles; it operated from 1902 to 1924. The cars made by the company were colloquially called Stanley Steamers, although several different models were produced. 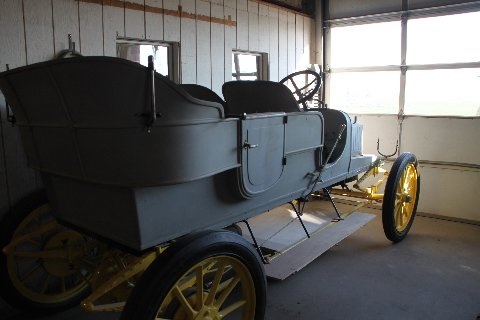 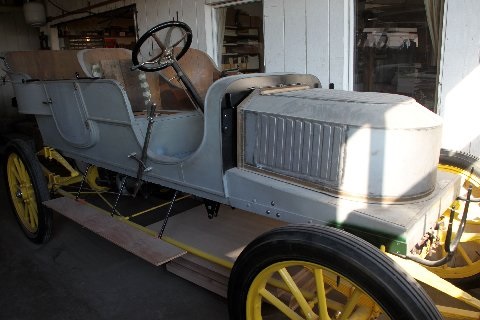 Here’s a look under the hood, at the car’s boiler: 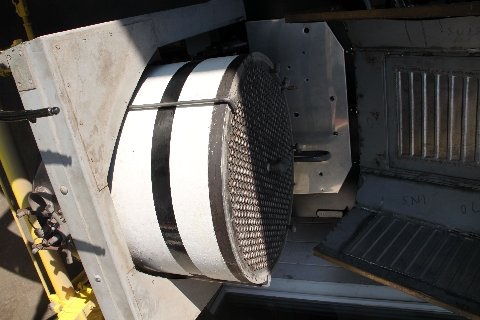 Why aren’t we driving Stanley Steamers today?  Again, from Wikipedia:

During the mid to late 1910s, the fuel efficiency and power delivery of internal combustion engines improved dramatically and the usage of an electric starter rather than a crank, which was notorious for injury to its operators, led to the rise of the gasoline-powered automobile (which eventually was much cheaper). The Stanley company produced a series of advertising campaigns trying to woo the car-buying public away from the “internal explosion engine,” to little effect.

In addition to the above projects, Double E has “restored antique fire engines, including one of the old hand pumpers that had shafts 24″ in length (the type where groups stood at either side and pumped the shafts up and down).”

Business has “really taken off” over the past few years.  If you’ve got a Stanley Steamer or fire engine laying about which you’d like restored, you might want these contact details:

Have you ever come across something unexpected in an Amish business?