Eli Stutzman and the Swartzentruber Amish

Eli Stutzman, convicted murderer and father of ‘Little Boy Blue’, was an exile from the ultraconservative Swartzentruber Amish group.

When you read words like ‘secretive’, ‘closed’, and ‘backward’ in the same sentence as ‘Amish’, the writer, rightly or wrongly, is often referring to this sect.

Wayne County, Ohio, where Stutzman originated, has a high number of Swartzentruber members, with quite a few spilling over into adjacent Holmes County.  This is the heart of America’s largest and arguably most diverse Amish and Mennonite area. 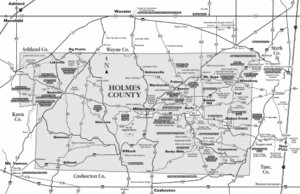 Swartzentrubers actually make up a very small percentage of America’s 200,000 Amish, but get a disproportionate share of attention.

This is largely due to Swartzentruber custom.

The more mainstream Amish are actually quite dynamic, definitely not ‘frozen in time’ as often portrayed. They read thepaper. They shop at Wal-Mart. Some of them even follow pro sports.

Solar panels, cell phones, flashlights, Rollerblades, even hand held videogame systems can all be seen in modern Amish homes, depending on the congregation.  Sometimes computers even sneak in under the radar to find their way into Amish hands.

In fact, one enthusiastic horse-and-buggy Amishman showed Amish America some photos of a bear attack he had recently downloaded. 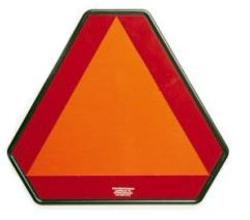 The Swartzentrubers, however, are stubbornly resistant to change–most famously in a number of disputes over the slow-moving vehicle sign, which almost all Amish use. The group earned the right in court to go without these orange triangles, using less-visible reflectorized tape instead.

With a little practice, it’s pretty easy to pick out the Swartzentrubers as you drive through Holmes and other settlements.

An OldOrder fellow joked about his Swartzentruber neighbor being ‘more laid back’ when it came to yardwork.  He pointed out the lack of hot water in the typical Swartzentruber home, as well as the outside toilets.

The group’s style of dress stands out as well. A calling card of the group is the quirky bob-style haircut worn by males.  In Abandoned Prayers, Gregg Olsen calls it the ‘Prince Valiant’ look, an apt description. 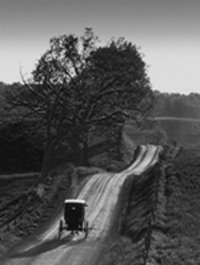 One scholar attributes the often unkempt Swartzentruber appearance to the group’s spiritual ideals, which downplay aesthetics and neatness in comparison with more mainstream Old Order churches.

Are the Swartzentrubers worthy of admiration for holding out so staunchly against the world, for carrying the vanguard of Amish practice? Or is there something insidiously destructive within this insular culture, as some believe?

The group has gotten national attention in some notorious cases of abuse. Some anti-Amish activists focus their disdain solely on the Swartzentruber faction.

Do elements of the Swartzentruber lifestyle really promote asocial behavior?

Or does the fact that they are so oddly reclusive and reluctant to change, combined with a few high-profile cases, make them particularly easy to paint as deviant?