Good morning!  A Friday grab bag of news and other items of interest:

An unexpected twist in the Ohio chemo case, summarized in this headline:  “Guardian wants Ohio court ruling to stand in Amish chemo case even though she wants off case” (article no longer online).  We got news about a month ago that the court-appointed guardian wished to drop the effort to enforce chemotherapy treatments on Sarah Hershberger, an Ohio Amish girl with leukemia.

It sounds like guardian Maria Schimer still wants to be removed from the case, but for unclear reasons, wants the court’s ruling to remain.  Could this be for reasons of professional integrity, or does Schimer wish someone else be appointed in her place?  The latter may be the case:

Clair Dickinson, the guardian’s attorney, argued that even if the resignation is accepted, the court legally would remain the girl’s “superior guardian” and could appoint a replacement.

However, Dickinson said earlier that an attorney told him the hospital won’t continue its legal push to get chemotherapy for Sarah if Schimer’s resignation is approved.

Remember our autumn visit to Pinecraft?  A reader has shared a clip of Amish woman Anna Lapp painting the mural in Pinecraft Park.  It’s one of a number of interesting Pinecraft scenes in this video by Ernest Bontrager:

All of you struggling to survive in winter storm lands, I thought you might appreciate this.

Last month an 8-year-old Amish boy was apparently accidentally shot by his older brother in Cattaraugus County, New York.  The 20-year-old brother was charged with fourth-degree criminal possession of a weapon.

Many Amish children grow up in homes with guns.  I assume most get lessons from their parents on what to do and what not to do with firearms.  Still, people do irresponsible things, sometimes with tragic results.  Thankfully the brother has survived his injuries.

Thanks for your service (in verse)

Amish appreciate the many English who provide them services, and sometimes even honor them in verse. An excerpt from a poem in the Feb 2013 issue of The Diary (the blunt humor–intentional? unintentional?–of this poem cracked me up):

OUR MAILMAN
by
A Reader from Berne, IN

Our mailman is really a nice ole guy
What would we do if he should die
He’s prompt, he’s good, makes no mistakes
Has a friendly wave as our letter he takes

He sorts the mail and takes good care
He looks rather old, with iron gray hair
He gets up early to do his job
There’s always a chance that he’d get robbed

Next, this was shared by a reader, found in Die Kurier, a newsletter serving Daviess County, Indiana. The reader points out that the deceased was probably a taxi driver (also an excerpt):

One day in the year nineteen hundred eighty five
As we were coming home a vehicle followed us in our drive
It was the first we met Bobby, not knowing our friendship would grow
Later Mary Sue and some more from Kentucky we learned to know
Week after week our Saturdays with Bobby were spent
Visiting and eating and to local stores we went
It was never too much bother for him to make a run
Gathering up goodies and having some fun–
Weeks turned to months, then into years
Many special memories we hold so dear…

Amish depend on each other, but they also depend on English people, to which this touching eulogy and amusing poem attest. 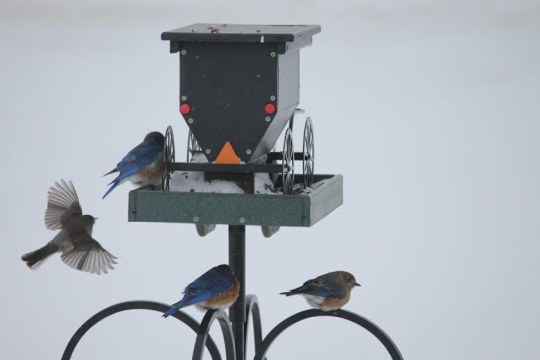