“When I was a little boy, I often went away with my father–to town, to the neighbors, to the welding shop, to the engine shop–anywhere Dad needed to go.  As with all little boys and girls, going away was a treat to me, no matter where we went.

“On one such ‘going away’ adventure, perhaps to the welding shop, we chanced to meet a man walking along the road, and Dad stopped to visit for a few minutes.  The man was older than Dad but hardly as old as my grandfather.  He had a beard and was dressed like any other older Amish man.

“After my father had bid the man farewell and driven on, I asked, ‘Dad, who was that man?’

“Today I am more than forty years old myself, and I have forgotten many things, but I still remember Dad’s answer, ‘Melvin, that wasn’t a man.  That was just an old boy.'” 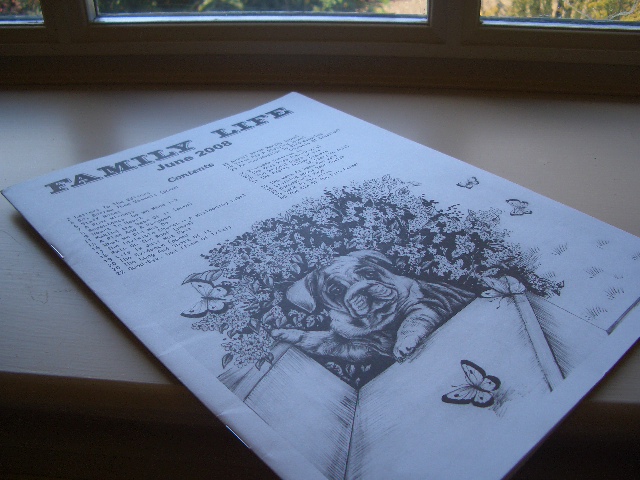 That excerpt is from the beginning of a piece in the April 2008 issue of Family Life, a popular Amish monthly.  The author, an adult bachelor, describes the challenge of being single in his culture.

Apparently, being unmarried is tougher if you’re male.  One reason–unmarried males are less common than unmarried females (likely because males tend to ‘leave’ the Amish more often than females) and also because the onus of marriage is essentially on the male.

In the author’s own words,  “in most Plain circles, there is some degree of stigma attached to being a bachelor–either he couldn’t get anyone, or he was too particular, or perhaps he had an abnormal love for hunting and fishing”.  As once was the cardinal rule in the non-Amish world, men do the askin’, and women give ’em a yea or nay.

To say that marriage is an important institution in Amish society is a bit of an understatement.  What is interesting is that the importance is reflected in the terminology the Amish use.  Marriage ultimately conveys manhood and womanhood.  Age generally carries lesser weight when it comes to social prestige.

Talking about a recent youth singing with an Amish friend, I referred to the young male singers using theterm ‘men’, and was promptly corrected–reminded that they are but ‘boys’ (despite the fact that the majority are 18 or older, work full-time jobs, and certainly look the part physically).  For that matter, that would make yours truly a boy–and I have been called one before by Amish–despite being nearly 30 (then again, maybe they’re on to something!).

Working on an Amish farm last week, the owner referred to the two unmarried female helpers–one a teenager, another in her early fifties–as ‘maids’, a classification that apparently carries no distinction for age.  In fact, in the decidedly un-PC Amish world, older unmarried women are referred to as ‘old maids’, and often dismissively, as in ‘she’s just an old maid’.  The last time I heard ‘old maid’ used was when when I played the card game with my grandmother as a little kid.

In this Family Life piece, entitled ‘The Lonely Bachelor’, the author goes on to give advice to readers on how to make singles in their own communities feel wanted.  Judging by the inclusion of this story and by one reader’s response to it a few issues later, it may mean that some Amish are taking a harder look at the social status of their unmarried kin.  Though attitudes may not change dramatically, at least recognizing the challenge of being in the singles league in such a ‘marriage-centric’ culture is probably a very worthwhile thing to do.

Plus:  for anyone interested in subscribing to Family Life, the address and details: