Jim Cates returns today with a look at Amish lay leaders, the National Amish Steering Committee, and solving problems outside the courts. Part one of Jim’s discussion of Amish and politics can be found here.

Politics Is the Art of Looking for Trouble

The entire quote (by Groucho Marx, no less) actually goes “Politics is the art of looking for trouble, finding it everywhere, diagnosing it incorrectly, and applying the wrong remedies.”

Clearly, Groucho was more familiar with American than Amish politicians.

The Amish comprise an admixture of Christian sect and culture. As a Christian sect, their theology is pragmatically embedded in their lifestyle, a service to God that manifests in plain living, adherence to a strict moral code, and a scrupulous separation from the temptations of the world. The beliefs and customs that emerge from this dogma create the context that is viewed as culture, a more anthropological/sociological view.

Any group/sect that creates a culture also creates a need for limits and boundaries. The same process can be observed in the organization of the New Testament. The Gospels and the Acts of the Apostles offer a complex theology for those who wish to follow Christ. The description there of Christian life and principles is primarily followed by letters from Paul and other leaders that address issues in the early church, offering topical guidance and structure to practice Christianity in diverse settings. 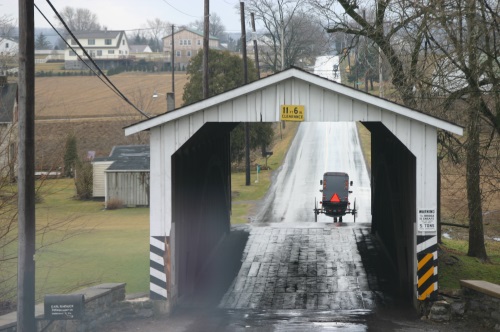 The Amish recognize the need for a complex culture such as theirs to develop a systematized structure (as many experts note, Plain ≠ simple.) For many the clergy (bishop, ministers, and deacon) are leaders in matters of the spirit.

However, the family, church, and settlement each require leadership in practical areas too. For these “political” issues, lay leaders are frequently chosen, a deliberate separation within the community itself of matters “of this world” from the spiritual.

This is not to say that the clergy do not carry weight in political decisions. However, the actual process of meeting, resolving, and if necessary acting as a liaison with the world falls to those who have not been appointed by God with responsibility for the spiritual guidance of community members.

A highly structured and nationally organized version of this approach grew from a group formed in 1966. Originally called the Old Order Amish Steering Committee, it was formed to address conscription. Serving initially as what we might consider a task force, charged with a specific focus and goal, the definition and purpose of the group expanded across time as the utility of a collective body, representing the disparate Amish settlements, became apparent.

The National Steering Committee draws its members from State Steering Committees. Each state provides a liaison at the national level, both to carry concerns to that body, and to be informed about issues from other states and at a national level that may be pertinent to those in their settlements. Again, the clergy are normally not actively involved in this process. These are issues that pertain to the culture and not the sect – the beliefs and customs emerging from dogma. 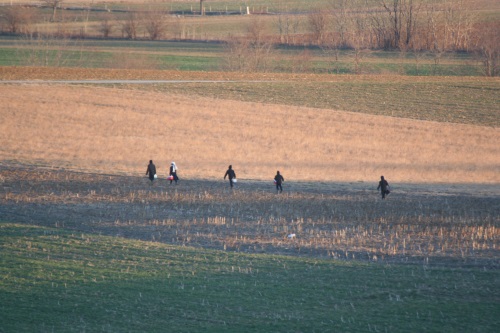 The presence of a national committee does not mean that all controversies funnel upward. As would be expected, members are lay persons who give generously of their time in a volunteer service, but have other pressing responsibilities. Topics to be settled at both state and national levels are selected from a far wider field waiting for a hearing. And what of those concerns that are not chosen to be reviewed? It is here that the true political savvy of the Amish comes to the fore.

The backlog in our court systems – family, criminal, and civil – testifies to the litigious nature of American culture today. The Amish, by contrast, avoid the courts whenever possible.

Both as a response to this decision to shun the courtroom, and as an invitation to do so, there are many more Amish than might be anticipated who demonstrate a keen ability as arbitrators and mediators. In point of fact, they function in the role of a politician that moves the term from one of derogation to respect. Many issues find resolution at the community level that could otherwise fester or be brought to the attention of the authorities.

And how do they achieve this? There are several aspects of their sect/culture that provide soil for this gift to take root and flourish.

They actively listen. The Amish enjoy communication and talking with others, but many also learn from an early age the importance of listening well. By not only hearing the words that others say, but the meaning and emotional context in which these words are embedded, they understand the full message being presented, and can respond with an answer that communicates that rich understanding.

They strive for consensus. Prior to semiannual communion, an Amish church attempts to resolve any misunderstandings, anger, or slights between members in order to move into the sacrament in a sense of wholeness. This powerful belief in the need for consensus generalizes to touch many of their decision-making processes.

They encourage humility. A corollary to the effort for consensus, the belief that one should remain humble in interacting with others dampens the temptation to allow ego to play too strong a role in decision-making and problem-solving. It is therefore easier to yield one’s own position and cooperate and compromise.

There is no system of governing that is perfect, for in any model we bring our own demands, foibles, and blind spots to the table. And yet the Amish manage to instill a respect in the words “politics” and “politicians” as these efforts play out in their culture. That same respect is sadly lacking as we view the efforts of our own elected officials.

Jim is author of Serving the Amish: A Cultural Guide for Professionals. He can be contacted through this blog or his website at servingtheamish.net.