English in the Country 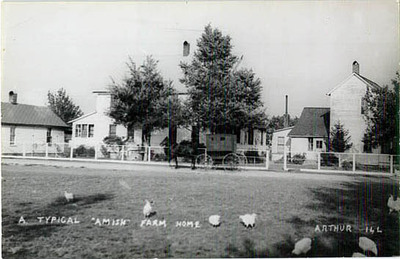 Amish tourism did not begin with Witness. That 1985 film just made it worse (or better, depending on how you look at it, I suppose).

David Luthy, writing in The Amish Struggle with Modernity, tells us that the first Amish-themed novel came out in 1905 (wait a minute–back when many of us English were still riding around in buggies!), the first Amish postcards around 1915, and the first tourist booklets in 1937.  Oh, and the first reality show in 2004.  Can’t forget that.

After the tourist books came the tour buses and Rosanna of the Amish and Amish Acres and then Weird Al and so on and so forth.  And for many Amish (dramatic voice) life has never been the same.

That doesn’t necessarily mean worse, though.  All those tour buses that crowd the roads carry nice English folks that like quilts and hickory rockers and all sorts of homey things like that.  They also come equipped with credit cards.

At the same time, I’m sitting here thinking how bizarre it would be to have people come from 500 miles away just to drive past my house, point at me while I worked in the yard, and snap photos of my kids.

Still, respect to the Amish, most of whom are able to ignore it, doing their best to be friendly when tourist season hits.   The worst I’ve ever heard is some light complaining  (i.e. ‘I can’t stand going into town in the summer’.  ‘People drive too fast’.  ‘Now watch me smack the camera out of that Englisher’s hands.’ Uhh, ok you got me.  That last one was a bit of a stretcher).

The postcard is from a really nice site, Penny Postcards, with pictures of, you guessed it, old-timey penny postcards.  Here’s one more.  Neat! 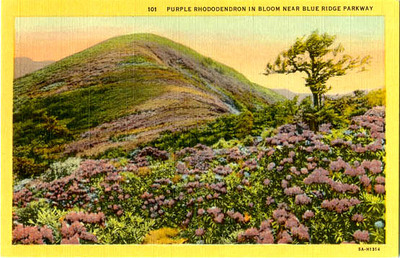 Today’s tack-on: I know it’s thankfully long-gone, but still couldn’t resist adding this gem of a quote from a CBS fat-cat on aforementioned reality show.  Why I love Hollywood:

“To have people who don’t have television walk down Rodeo Drive and befreaked out by what they see, I think will be interesting television,”said CBS chairman Leslie Moonves, who also oversees UPN. “It will notbe denigrating to the Amish.”

Aaah, interesting, not denigrating.  I get those two mixed up sometimes.