Photographer of the Amish Bill Coleman passed away last week at the age of 88. 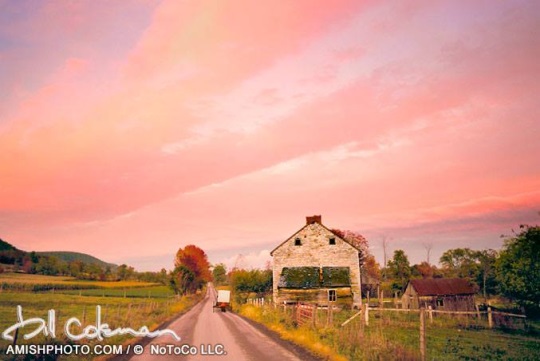 From the Centre Daily Times:

Bill Coleman, who died Tuesday at 88 of complications from a heart attack, went on to befriend Amish families who invited him into their lives, granting the local photographer rare access to scenes outsiders seldom glimpse.

He became known internationally for his Amish images: buggies on tree-shaded lanes, children playing in schoolyards, young men walking in a cluster down a road.

Throughout his long and successful career, starting with his first State College studio in 1951, he strove to capture the essence of people — from the student and local resident portraits of his early years to the Amish and European scenes that defined his later work.

“He was an observer,” said Noah Coleman, who moved back to State College five years ago to manage his father’s archives.

Here’s the rest of the article on Bill’s life and photographic journey, an interview with Bill and son Noah, and more of Bill’s photos.