‘The typical English guy looks at one of us and just sees an Amish person.  Actually there can be a lot of difference.’

So said a Holmes County Amishman, commenting on the diversity in his area.

Compared to the Old Order Amish, the so-called New Order Amish are a curious mix–one which we might term technologically more liberal, but in some ways culturally more conservative.

The New Order, which formed in 1966, is similar in dress and transportation to the Old Order, wearing plain clothing and using the horse-and-buggy.

Some New Orders allow phones and even electricity in the home.  They also use tractors in the fields.  Typically, Old Orders own tractors but park them by the barn and use the horsepower to fill the silo at harvest time.

The New Order is adamantly against two practices seen among a minority of Amish:  “bundling” and tobacco.

Bundling is an Old World practice of bed courtship.  The dating pair lie fully clothed on the bed together.  Some might call that a recipe for temptation. 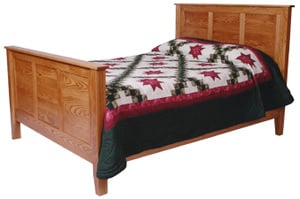 Tobacco use is seen in Lancaster County, where it has a long tradition as a cash crop, and in other settlements as well.

Being anti-smoking is not necessarily being more conservative.  As John Hostetler points out in Amish Society, in some communities, quitting smoking may be taken as identifying with more liberal Mennonite groups. 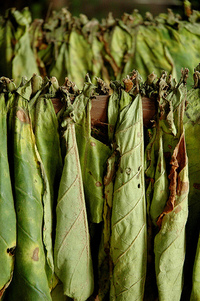 Hostetler also points out that cigars and pipes are traditionally more acceptable than ‘worldly’ cigarettes.

Donald Kraybill explains the differences between these and other groups in The Amish Struggle with Modernity.